When talking about the reflective materials, some people may feel that this material is strange, some people even don’t know what kind of material it is, what its role is, where it can be used, and such questions. In fact, as early as a few years ago, the reflective fabric used by many designers in fashion clothes, and they shined in various spring/summer/autumn and winter fashion weeks. Reflective fabric can be used in traffic safety equipment, uniforms, work clothes, safety vests and other garments that are closely related to human life and property safety. They can also be used to make rain gear, raincoats, sportswear, backpacks, gloves, shoes, and hats.

At present, the application of reflective material factory mainly focuses on two major market areas, one is the planned special market, the second is the civilian market. Dedicated markets generally refer to areas where reflective fabric must be used in accordance with national directives and regulations, such as work uniforms for public security, transportation, and sanitation workers, highway signs, signs, and marking lines, clothing, and straps for field workers such as mines and railways. At present, laws and regulations are stipulated in all parts of the world. Traffic signs, signs, and markings must use reflective materials.

For the reflective vest which is particularity, so even if it is worn during the day, it will become a clear warning and symbol. The application of reflective materials on traffic signs and markings has greatly reduced the incidence of traffic accidents and promoted the safety and security relationship between cars and roads, cars and cars. 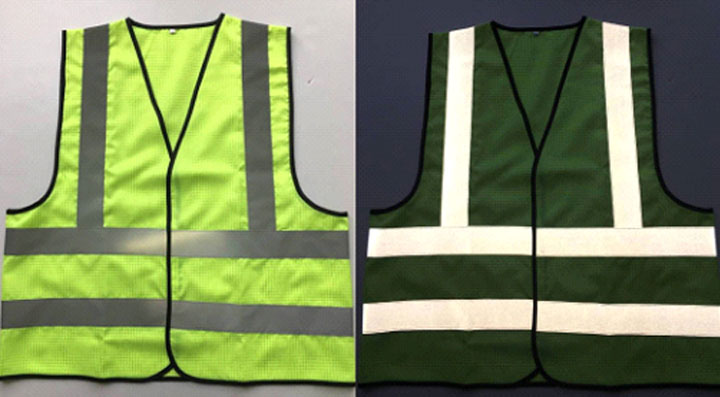