This year, more than 1,300 freshmen from middle school in Hangzhou received four new uniforms of their own. However, students found that the uniforms were made of reflective material, which reflects light as soon as it is shine. The students were worried that if they sat in the classroom, their eyes would blink.

However, a lot of net friend analyses hind to think, everybody thinks much, in fact, reflective school uniform is the same as the traffic police uniform, ring guard uniform, it is out of safety consideration, for the student to get on and off the school road safety.

Yesterday afternoon, the relevant person in charge of the school of Hangzhou said that the reflection mark of the new school uniform is the speculation of preventing puppy love, which is sheer nonsense, said the head of the new high school students school uniform is some PTA is responsible for implementation of procurement, considering the students go to school early periods or evening self-study periods, the late in winter, when there is a car light illuminate to school uniforms, reflected light can attract the attention of the driver, to slow down and give way ahead of time, a warning role, so as to ensure the safety of students. 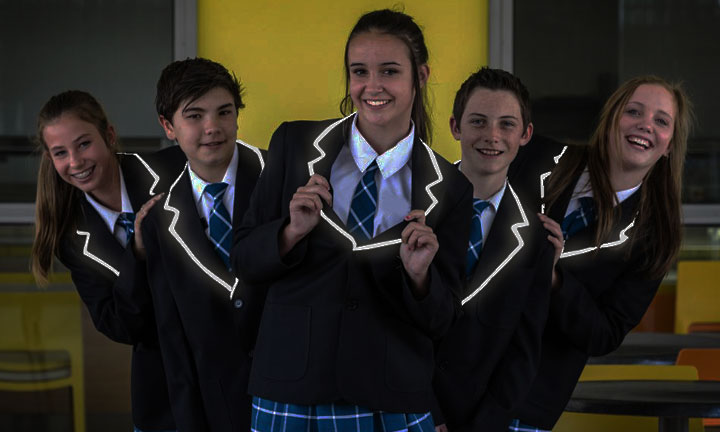