The dark season makes it difficult for cyclists and motorists. Headlamps, taillights and traffic lights, along with wet, reflective roadways - straight cyclists are hard to see in the flood of lights. A well and safely illuminated wheel also help to detect obstacles in time.

It has not been necessary to mount a dynamo on a bicycle for a long time. Also permitted are lights with batteries or rechargeable batteries. If you drive only in daylight, you do not need to have the most attachable lights. Only when it gets dark, it is no longer possible without. However, Paragraph 17 (1) of the Road Traffic Act (StVO) also prescribes light "when the visibility conditions otherwise require it". This can be even during the day, for example in fog or heavy snowfall.

The StVZO regulates the details of the bicycle lighting

The bike must have at least the following:

Pedals with yellow reflectors, which act forward and backward

reflective white stripes on the front and rear wheels, or two yellow reflectors on the spokes that work to the side or reflective sleeves on all spokes

In addition to these minimum equipment:

Taillights may also have a brake light function

The lights must be firmly mounted or attached to the bike, not the driver's clothing

flashing lights are not allowed, neither forward nor backward

Attachable battery lights have - in contrast to dynamo lights - often no built-in reflector. Then additional reflectors to the front and rear are prescribed. Exceptions for light bikes such as road bikes or mountain bikes are no longer valid when used on the road.

The LED technology has meanwhile prevailed even with bicycle headlights. It provides a much brighter light than incandescent or halogen lamps. If LED lamps are set too high, they dazzle oncoming drivers and reduce their visibility. The brightest point of the light cone should hit the road about ten meters in front of the front wheel. 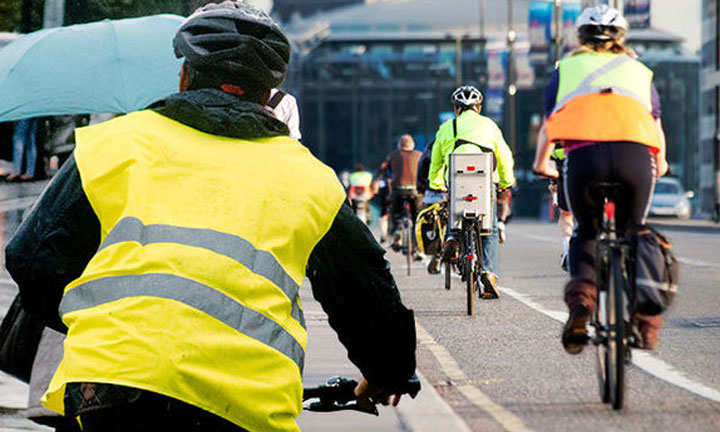 Your message has been successfully sent.
We will reply you within 24 hours.