To avoid accidents, the way to school should be practiced in the last few weeks of the holiday - not only with table class students.

This year it is more important than ever to practice the safe way to school with the children in a good time: Since March there has been no regular school operation due to corona and therefore little traffic routine and exercise for the children. Also, the volume of traffic has increased because many people still prefer their car to public transport for fear of the virus.

According to Statistics Austria, almost 600 children and young people between the ages of six and 15 have accidents on foot, by bicycle, or on a moped on the way to school in Austria every year. One of the most important protective measures is to avoid distractions of any kind as a car driver and to practice the safe way to school with the child again and again as a parent.

Children should be accompanied on their way to school for the first few days to weeks. Parents shouldn't completely "lose weight" for their children on the way to school, because "parent taxis up to the classroom" are counterproductive for road safety and independence of the children, according to the association's advice. You should not only practice with school beginners, but also with older elementary school children and ten-year-olds who are going to higher school - preferably in the last few weeks of the holiday. Because even if the path is not new: a lot is forgotten about the holidays, important points may have changed and the supposed routine is often deceptive.

A significant increase in traffic skills only occurs in the age group of ten years. Here the children can assess safe and unsafe traffic situations very well, but one cannot assume 100% safety: one of four dangerous traffic situations is misinterpreted even at this age.

The number of children who go to school on foot has been decreasing for years. In front of elementary schools, in particular, there are a lot of cars on the road shortly before school starts - because the parents bring children there. However, regular "pick-up and delivery" services put children at greater risk on foot.

For attention and concentration, the children must have a good rest.

In the dark season, light-colored or reflective clothing and a school bag with sufficiently large reflectors are important.

Explain to the child that even in front of a zebra crossing, they can only start when all vehicles have stopped and show them that they have to watch out for vehicles turning at traffic lights. 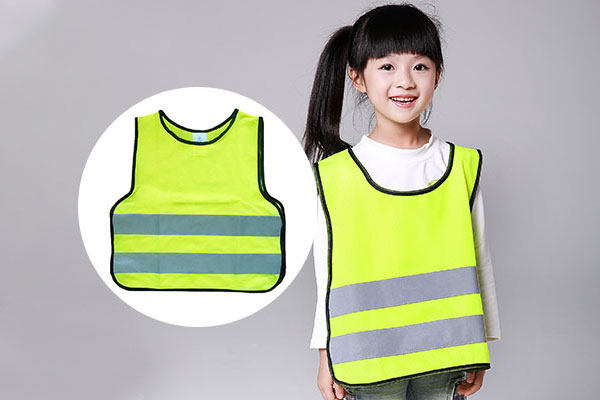