You might not believe that the uses of reflective tape are endless. In this world, the humans almost never stop innovating, trying to make their things better and better, also for the ways to use reflective tape. Now, reflective tape not only increases the visibility of vehicles, but also becomes one of the decorations for cars. People who install the reflective tape for their cars will have newly super ultimate driving experience.

According to Alviralpost, recently a man put reflective tape all over his car, after watching the movie Tron. Inspired by the movie, he had a special idea that is to create his own personal car and convert it to a bright and attracting car on the road, especially at night. After installing his reflective tape on his black 2014 Toyota 86 GTS, his car turns into a car pretty spectacular. The owner says that his car has been attracting eyes from the people on the street, no matter during day or night. His car is much more awesome than before, and he is pretty satisfied with his “new car”.

How to put reflective materials on your car? Here are 5 steps:

Reflective toys made of reflective fabric can also be used for car decoration. Let’s create our own fantastic vehicles, not only for good looking, but also for safety. 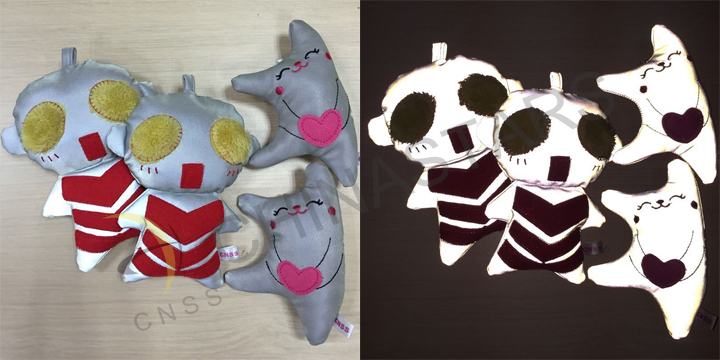