According to the Highway Administration, nearly 900 people are killed every year in intersection accidents because of the motorists ignoring the red lights and not wearing safety vests.

Some traffic lights in the area have a new look as part of a project by the Department of Transportation.

The reflective warning tape is placed around several traffic signals. The outline is meant to make the signals more visible to drivers. The reflective tape increases visibility of the signal heads. It’s also helpful for those who are color blind, as red and green can be difficult to differentiate.

Government reported in 2008 after first installing the warning tape that accidents were reduced at three test intersections from between 19.7 percent and 38.9 percent and that late night to early morning crashes were down between 31.8 percent and 85.5 percent.

It's a great idea to require the motorists to wear the safety vest to reduce the number of crashes.

The reflective material was placed around the edge of the lights to outline them so as to make them more visible to drivers, with which you can see them a lot better at night. 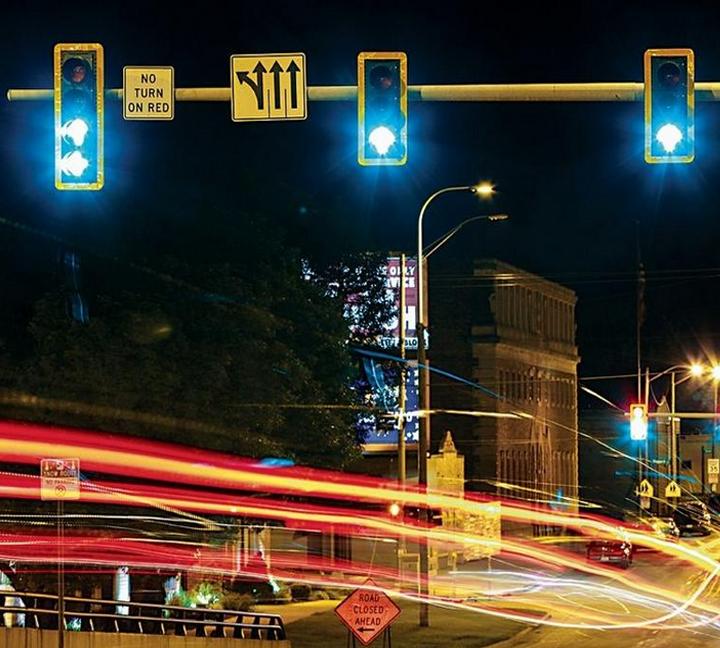