Driving along a stretch of American asphalt in the dark of winter, you may notice that the road doesn’t seem to get quite as dark as it used to. Those little reflective tapes along the pavement. Some of these reflectors come in unsurprising colors—red, yellow, white. What about the blue ones, though? And the green ones? Are they purely an aesthetic choice, or is there a reason behind the color variations? These reflectors are called reflective pavement markers. And it turns out the colors do have meaning.

Those reflectors are different from the reflective vest which we usual see on safety clothing. It’s made of different reflective material.Green have several purposes. They’re most often used on roads around gated communities to indicate access for emergency vehicles. Utility companies may also deploy green to help them find roadside installations quickly, especially in an emergency. Red and green reflective markers may be placed on private roadways, e.g. around factories, to “restrict or open areas to automobiles and traffic.” And markers of all colors go off-road. Hunters may use them to mark trails; homeowners, to highlight driveways or paths; warehouses, to indicate where pallets should be stacked.

Blue are designed to catch the eye of emergency vehicle drivers as they indicate the presence of a hydrant on the side of the road. Blue markers are typically placed at the center of the road or on the side. If the hydrant stands at a corner, then each road might have its own marker. Blue markers may also indicate emergency entrances onto roads near firehouses, so they’re something even regular motorists might want to notice.

Red, as usual, is bad. It typically indicates you’re going the wrong way. If you turn around—probably a good idea— Yellow reflective markers typically show the center line of a road, or the left edge of a one-way road. White markers separate lanes of same-direction traffic and may also appear on the right edge of the road. 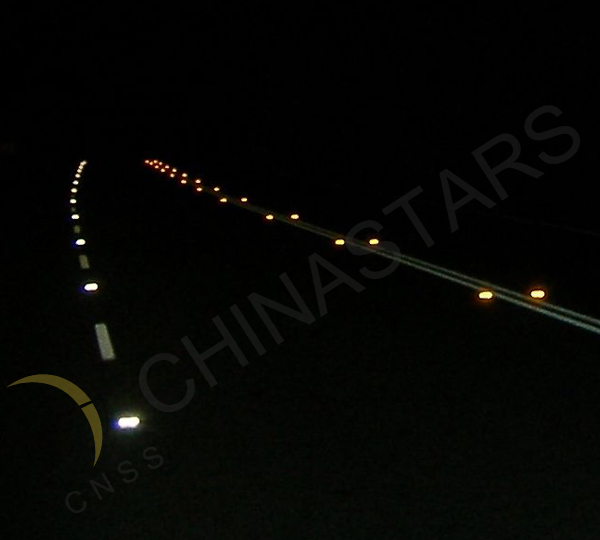