These clothes made of reflective materials on the Fashion shows, there are also some can be tied to the body of the reflective strip, there are some with reflective patterns umbrellas, jewelry, and other small objects. The fashion show model consists of seven seniors and two police officers. Through the application of the show, I hope older people have the awareness of wearing reflective clothing when traveling. 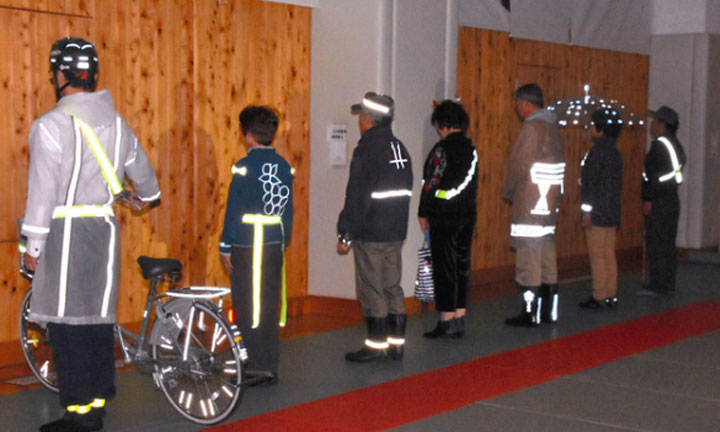