As a member of a large group of cyclists, we are well aware of the inconvenience of riding in rainy days and the safety risks of riding in rainy days, and the importance and necessity of raincoats for cyclists. Cycling with one hand under an umbrella or without a raincoat? It's not safe. Wait till the rain stops? What a waste of time, the food at home is hot! In addition to these minor anxieties, what is more, worrying is the traffic safety hazards caused by poor vision and short visual distance of cycling on rainy days. So, how can a raincoat be both rainproof and protective? Here, we introduce some of the new reflective raincoats that have emerged in recent years, and there are reflective raincoats specially designed for cyclists.

Traditional raincoat is what we often see some of the electric cars, motorcycle, bicycle rider wearable waterproof clothing, as well as the household that suits rain gear, the effect of rainproof is very good, but in addition to the rain, and no other functions.

The reflective raincoat uses reflective tape and reflective pattern on the surface of the raincoat. When cycling in the rainy night, the lights of cars coming from all directions are shining on the reflective strip, which can remind the driver timely and avoid the occurrence of traffic accidents. 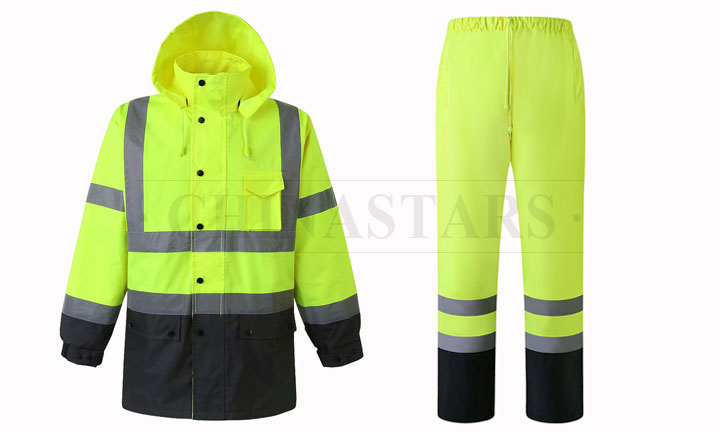