How to ensure students road safety? Let the driver pay more attention to the students when they crossing street. Dalian held a Traffic Safety activities "Be seen, Be safe", Nearly 3,000  safety vests were send to Dalian nine school students by the government.
It is understood that this event hold by the China Road Safety Program Office in Dalian, the Dalian Municipal Public Security Bureau Traffic Police Detachment, Dalian radio traffic co-sponsored, has recruited a complex located in the traffic road, walk or take the bus to school students within the city a large number of several primary and secondary schools. Love distribution package contains a student and a reflective vest and a reflective Package. Reflective Package is a cover with reflective tape which can set out schoolbags, when school children cross the road in the dark, it will form a large area before and after reflection, to play the role of warning drivers to reduce traffic accidents.
It is reported that reflective material distributed to the students of reflective clothing and put reflective bags used with the current ground traffic police post reflective uniforms are the same, especially in the night will be the driver clearly noted, greatly enhancing the students' travel safety. 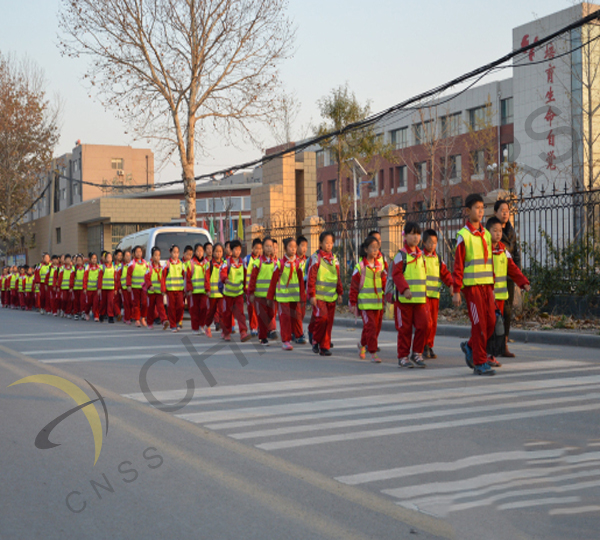