Even if you have a medical kit and a fire extinguisher in your trunk, which is mandatory, you still risk being fined under certain conditions. It is an embarrassing situation, but many drivers can end up in this situation because those objects are the last ones you think of. Follow the tips below because they will be useful in case the traffic police will search for your car.

No matter how much you would like to take care of your car, be it newer or older, on petrol, diesel, or electric, admit that you pay very little attention or maybe not at all to the medical kit and the fire extinguisher. Both these and those reflective triangles and even a green reflective vest are mandatory in any vehicle.

Even if they look like ordinary objects and confuse you in the trunk because you want to install that huge subwoofer, the kit, the fire extinguisher, and even the reflective triangles can save your life or those of other traffic participants. There may be many aberrant laws in Romania, but almost none of the rules in the Road Code are set there at random.

Therefore, you should not be surprised if, after a routine search of the traffic police, you will wake up with a fine as much as the house because you did not have those objects in the car. However, there are also cases when some drivers had those mandatory things but still got a fine. No, they didn't make fun of the cop and annoyed him. He simply found that the fire extinguisher and other things in the medical kit had expired.

I know, it sounds aberrant, but what's the point of an expired or malfunctioning fire extinguisher if its role is to put out a light flame in the car in extreme cases?

Of course, the things inside a sanitary kit do not have much validity. Some have, however, if you come across a demanding policeman and find that the kit does not comply with the law, they will fine you.

These fines are classified in the second class of sanctions with four or five penalty points, plus three penalty points. For the deviations I mentioned, the fine is between 580 lei or 725 lei. Each penalty point is canceled six months after the date of their receipt, and the accumulation of 15 points leads to the suspension of the driving license.

What a car medical kit should contain:

At least four pieces of the patch (quick dressing) of at least 6 cm x 10 cm;

Two pieces of non-deformable triangular bandage with two sides of at least 80 cm;

At least four pieces of sterile absorbent dressing of at least two dimensions; 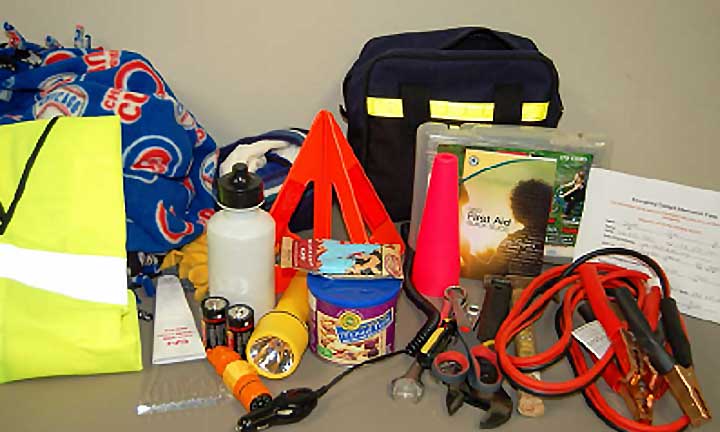