For many people, bike rides are both exciting and energy-regenerating. The vast majority of people like to ride a bicycle, in fact, in the most populated cities of the world the growing trend has been the use of the bicycle as a means of transport to get to day-to-day work. This decision is well-founded. On the one hand, the ecological means of transport is used, which to move demands our physical effort, and on the other, it feels good to us since we take advantage of the occasion to exercise our body and mind.

In some places, some companies have decided to offer courier services, and for this, they use bicycles as a means of transportation, something that has been very well received by the population. However, something that we cannot deny is that driving bicycles poses a latent risk, especially since we generally face unscrupulous and irresponsible drivers, causing serious accidents where many cyclists have been permanently injured and others have lost their lives. Cyclist accidents are on the rise, as evidenced by the number of accidents that occur each year in the departments of road safety.

There are many reasons why many cyclists are run over annually, but perhaps the main one is because they are not seen by other drivers, which is why this time we will analyze some important aspects that may make cyclists visible when they are on the road. One of the most important implements is the reflective vest. In all countries this implement or safety device is mandatory, therefore all cyclists who travel on urban roads, without exception, have to use it, to avoid being run over by a driver.

The reflective safety vest is part of the safety that a cyclist must have on the roads, but there are also other implements or clothing that contribute to making the cyclist visible on the road, such as reflective clothing or reflective elements. There are many items on the market for the safety of drivers, and they can usually be found in stores where cycling accessories are sold. At night, or in dark areas such as tunnels, this clothing shine with the reflection of cars or clarity, and generate an exact position and distance from the rider.

Although at one time they created some controversy, other implements or tools, so to speak, recommended for cycling are flashing lights or LEDs. The authorities allowed the use of these lights, on condition that they met certain requirements to approve their approval.

Apart from the aforementioned security systems, we must also understand how drivers or cyclists need to do our part to create awareness, in any case respect both drivers and cyclists, and not become "petty" when thinking that the road it only belongs to us, or that we have the advantage or priority of its use. Road safety experts call this coexistence, which is nothing more than sharing and respecting the right of everyone to move through the streets, highways, and avenues of cities.

Another detail to take into account is the 1.5 meters distance that we must leave, between the vehicle and the cyclist, both frontally and laterally. It must be remembered that cyclists are the most fragile and weak drivers in terms of safety even a strong gust of wind could affect their driving and throw them to the ground; This detail should be taken into account mainly by those who drive larger and heavier vehicles such as buses and trucks. Those who ride in very tall vehicles may also have trouble visualizing those riding a bicycle.

Technology has also gone a long way, and in some way, they contribute to caring for those who ride a bicycle. In any case, and to conclude, it will always be vital that the cyclist becomes visible on the roads, and for this, all those details based on lights and clothing that indicate that a bicycle is circulating must be used; In the case of cyclists, the recommendation is to protect yourself with helmets, knee pads, and elbow pads, and use reflective clothing to warn those behind you that we are on the road.

Respect the right of others to drive, including motorcyclists and cyclists, and keep your distance, keeping at least one and a half meters from them; it is part of being a good citizen. 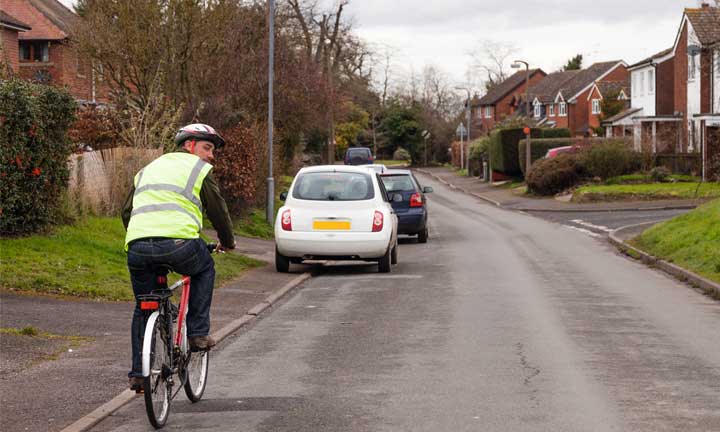