Tens of thousands of people in eastern China participated in a charity initiative late last month to help two sick children fulfill their dreams of becoming a police officer and doctor for one day.

Jin Qianzhe, 8, from Hangzhou, Zhejiang province, was born with Prader-Willi syndrome, a genetic disorder that affects development. His ambition is to become a policeman. Mao Xu, 9, from Xuzhou of Jiangsu province, also has the syndrome and aspires to become a hospital professional.

To fulfill these two children's dreams, a charity organization coordinate public security, health and other departments, as well as residential communities in Hangzhou, to stage an "accident" that would allow the children to fill their wanted roles.

On that day, Jin helped direct traffic at the scene with a real officer and Mao helped rescue someone "injured" in the accident. Both were dressed in uniforms with reflective tape. Before taking up their positions, both children were given special training, including the right way to wear safety vest, proper hand gestures for directing traffic, how to deal with traffic accidents, as well as techniques for cardiopulmonary resuscitation and putting on a drip.

Wearing the uniform made by reflective material is a kind of honor for these two children. They are very happy for having such a nice day. 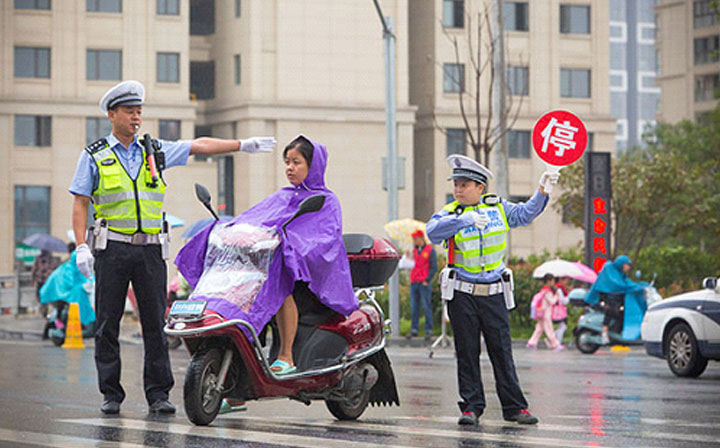