Sharing bicycles has been a hot topic since the last year. But when it comes to sharing the originator of a bicycle, it should be the Mobike, a small orange car. Its founder is determined to make a bike that can ride anywhere when she was inspired by his friends. After that, she promoted the sharing of bicycles successfully in more than 100 cities in China. After that she try to share bicycles abroad, but the laws of each country are different. For Britain, the country's bicycles need to be equipped with headlamps and the headlamps need  illuminated  automatically. In China, people use reflective materials to achieve this function.

At present, many businessman are interested in sharing bicycle. Some of them have introduced yellow bicycles, small blue bicycles and white bicycles but many of them were eliminated because of the immaturity and imperfection. Recently, the team of Mobike began to introduce additional products - reflective raincoats.

Many people will go out by car or taxi in rainy days, sharing bike will be wet so it is not so popular with the public. Therefore, Mobike invited independent designer brand TING, co-produced the Mobike portable reflective raincoat.

The raincoat's brim is completely transparent, the body has a reflective tape. The raincoat can be retracted and folded, the hem length is also designed for riding, and specially designed retractable backpack space. It is said that the entire design is around the scene of riding on rainy day. Everything is fine, except for the price. It need 268 RMB, almost 41usd, really high for people. How do you think about it?

If you think it is expensive, don’t worry, Chinastars have all kinds of reflective raincoat for your reference, welcome to inquiry. 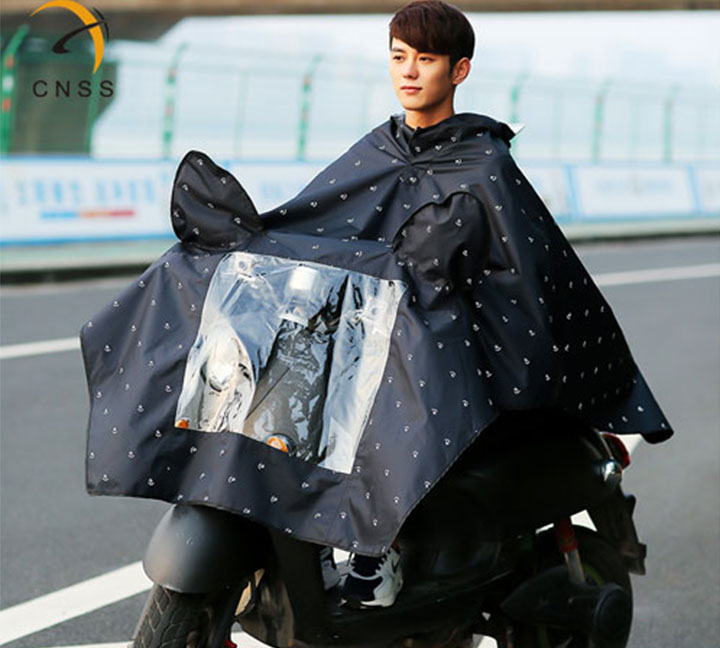