In our daily life, reflective vests we usually see are mainly used in transportation, sanitation, high-speed, road administration, docks, construction, and other industrial scenes. But in fact, in addition to the industry scenes we know, reflective vests are needed and can be used in many other environments.

The biggest difference between a reflective vest and a regular vest is the reflective strips on the vest after sewing or hot stamping, for personal safety protection. The surface of the reflective strip is covered with numerous dense particles, which are called glass beads. When a beam of light illuminates the surface of the glass bead at any angle within a certain range, it is concentrated on the surface reflection layer of the bead due to the high refraction of the bead, and the reflective layer returns the light to the light source along the incident direction. So as to play a safety warning role.

However, among the many reflective vests, Chinastars reflective vests have always been the industry leader, selling well at home and abroad. Can be retailed, wholesale, customizable, and can be purchased. Why is it so hot? This is due to the irreplaceable function of the reflective vest, intimate human design, and super high-cost performance.

Chinastars reflective vests are selected 120g through the fabric, soft and breathable, easy to wash and dry, comfortable and soft. The professional version of the designer carefully tailors to meet a variety of needs.

In the workmanship, Chinastars reflective vest is very fine. The front and rear reflective strips, upgraded PVC pockets, three-dimensional pockets, and high-quality zippers are mostly in the details. The custom zipper is of fine quality, smooth and durable. Not only can functionally be protected in all aspects, but the large pockets can also play a functional and decorative role. It is really a high-quality reflective vest.

Functionally, the most common thing in our daily life is the reflective clothing and reflective hats worn by traffic police, civilian police and sanitation workers, play a role as a safety alert. But in fact, according to the new regulations issued in 2018, each vehicle equipped with a reflective suit has become the standard for annual inspection. This shows that everyone needs a reflective vest now. This is also a testament to the increasing penetration of reflective vests and the increasing safety awareness of people. In foreign countries, especially in developed countries and regions, reflective protective clothing has long been as common as ordinary fashion. Primary school students on the way to school, couriers who send parcels, large trucks and excavator masters, and even aunts who buy food after work will wear. 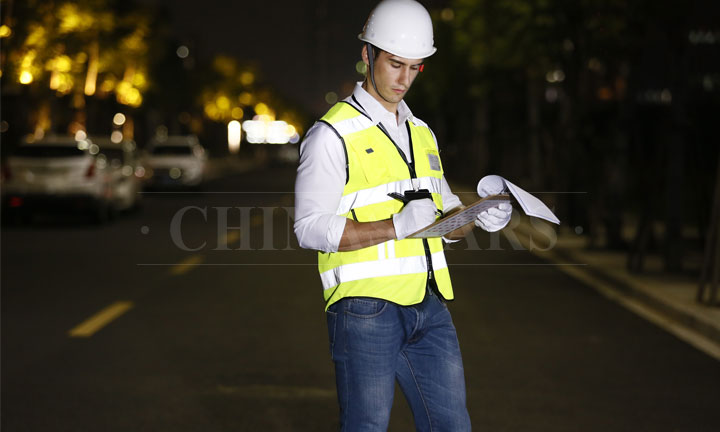