If you are driving at night in Finland, met a group of sparkling reindeer to run to you, do not think that you have met the supernatural events. This is the latest move to reduce the traffic accidents caused by reindeer in Finland.

A comprehensive report from Agence France-Presse and the Associated Press said that the idea came from the Finland reindeer and herdsmen Association. Since last week, the association began to spray on two kinds of liquid reflective materials in 20 Reindeer Antlers, so that the driver will be able to pay attention to when driving at night. Once the test is successful, the rest of the reindeer will be sprayed with these reflective materials by next autumn. By then, visitors traveling to the Lapland area in Finland, which is the hometown of Santa Claus, will see sparkling reindeer running at night, and this population is a large population of about 200000 reindeer.

Llila AnneO, the president of the reindeer and herdsmen Association, said that every year there are 3000 to 5000 traffic accidents in Finland, and the death rate of the reindeer is much higher than that of the drivers. Previously, they had bound reflective tapes on its horns, but were pulled off by the reindeer. In addition, the roadside signs which used to warn drivers are often stolen by tourists as souvenirs. 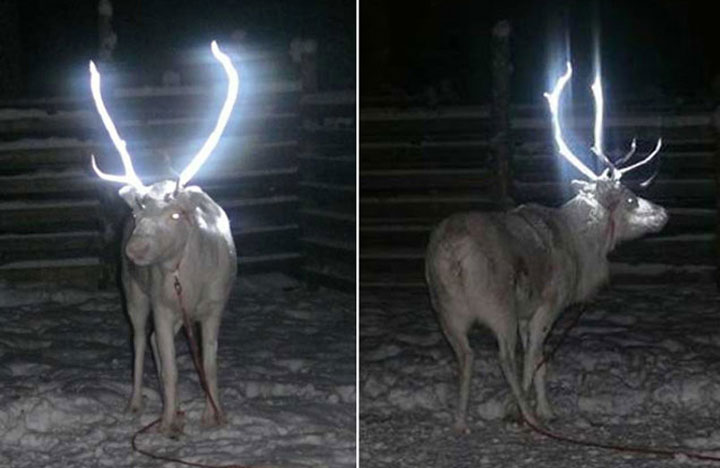