Bicycling during night will be more dangerous than in the daytime because of the bad view. Therefore it is very important to wear a reflective safety vest.

The use of reflective markings on a pedestrian's major joints to facilitate the perception of biological shows the huge advantage walkers conspicuity at night, but few corresponding data exist for bicyclists. Twelve younger and twelve older participants drove around a closed-road circuit at night and indicated when they found a rider who wore clothing in black color either alone, or together with a reflective bicycling vest, or a vest plus ankle and knee reflective tapes.

Reflective bicycle clothing significantly affected conspicuity; drivers responded to bicyclists wearing the reflective clothing plus ankle and knee reflective tape at significantly longer distances than when the bicyclist wore the vest alone or black clothing without a vest. Old rider responded to bicyclists less often and at shorter distances than younger drivers. The presence of a bicycle light whether Led or flashing, will not be advantaged in the conspicuity of the bicyclist. 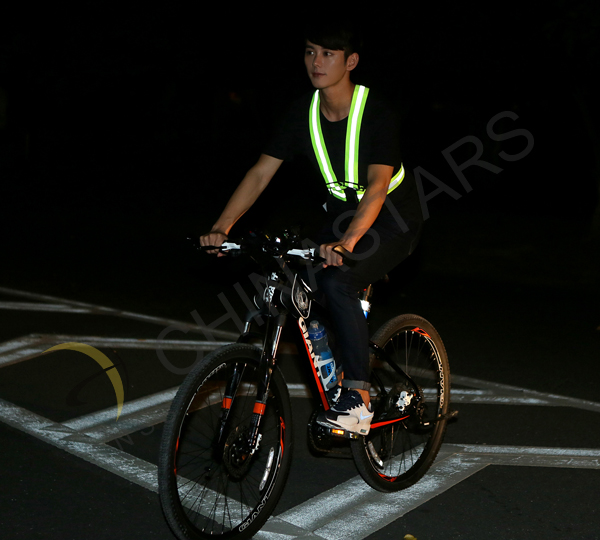