The safety of children is related to the happiness of every family. According to press reports, the school of primary and middle school students in Hangzhou, the traffic police department adopts the direct protective measures is to police near the school, traffic as much as possible in order to protect the safety of the children, but students wearing, or hanging a reflective material is very rare.

When opening "Taobao" station, input "reflective school bag", will appear immediately a lot of various kinds of school bags, reflective signs, and the prices are cheap. Yesterday, the reporter visited Hangzhou city many stationery wholesale market, bazaar, shop, even roadside culture supplies store, did not find the shadow of reflective schoolbag from beginning to end.

An operator said that the children now accompanied by parents in and out of the school, so reflective backpacks are a bit redundant. As for the reflector, the reporter found many places, and finally found a small shop near a large wholesale market near the railway station. The shop owner said the reflective stickers usually bought by motorists and not heard of by anyone who had bought them for children to put on their school bags or clothes.

Year-to-date, according to incomplete statistics, in the night lighting conditions for poor village's joints and the others period of an accident or traffic accident to happen very often, the reason is that the driver is difficult to identify the night to walk on the road. In fact, not only children need to put reflective materials on their clothes or school bags when they go out, but also older people need to do the same. Children and the elderly are both vulnerable groups, and the reflective clothing like a talisman for night travel, protecting their safety.

So people at night need to wear a reflective vest, its main function is to attract the attention of others, whether it is day or night, the reflective vest can effectively play a role to remind others when you need to check your car at night. 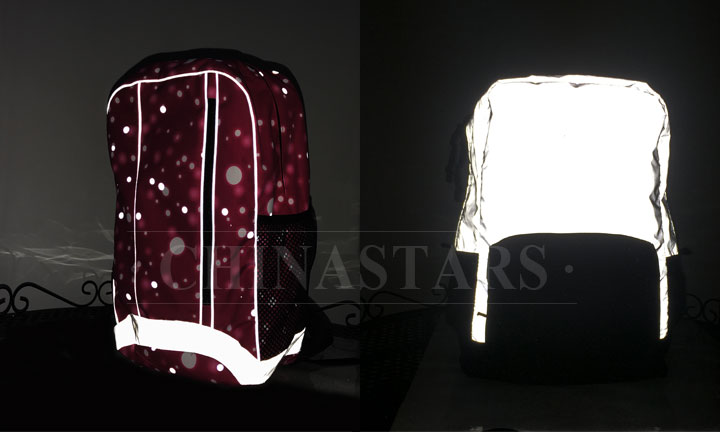