Cycling is a thing that makes people feels happy and relaxes, but it needs to pay more attention to safety. Especially in the rainy day, it is easier to have accidents. So it will make you more visibility and safety if you wear a reflective raincoat in the rainy day.

In recently Fuzhou News, Mr. Wang told the reporter that an electric car driver with a dark blue raincoat driving in a rainy day. Nearly cause an accident because it’s not easy to distinguish without reflective tape. Traffic police suggested cyclists to wear a reflective raincoat in the rain to make them more visibility. Reporter survey for this and found that most cyclists do not have such awareness.

Mr. Wang told reporters, a few days ago in the rainy night, he drove through the Tangshan Zebu Avenue near White Lake Pavilion, a woman wearing a dark blue raincoat riding electric car appeared suddenly, and Mr. Wang immediately hit the brakes to avoid causing the accident. It’s very dangerous when you riding on the road without reflective raincoat in a rainy night.

So if you need to ride in the rainy day, it will be better to wear a reflective raincoat. It can enhance the visibility and then make you be more safety. 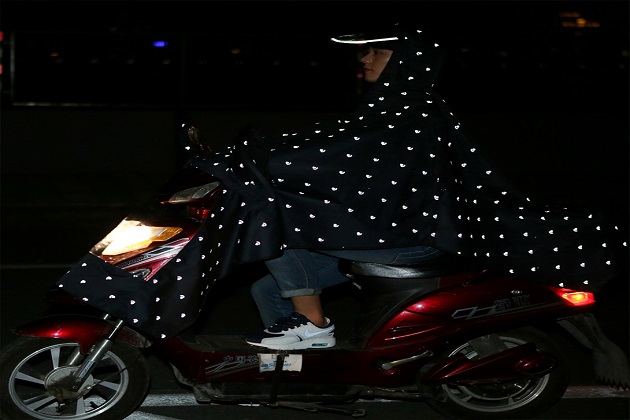