The World Triathlon Corporation (WTC) plans to bring more ironman triathlon series to China and expects a rapid growth of the sport here after last weekend's successful debut of the ironman 70.3 in Hefei, Anhui province.

Tens of thousands of spectators in safety vest helped set the scene in Hefei as Brad Kahlefeldt from Australia and Radka Vodickova from the Czech Republic earned victories at the inaugural Hefei Wanda City ironman 70.3 on Sunday. In order to ensure the smooth progress of this corporation, it also arranged a lot of security officers wearing reflective vest on the scene to maintain the order.

"After this race in Hefei, more and more athletes in China will be excited to take part in other ironman races. China will be a very strong nation in triathlon."

Kahlefeldt, who is a professional triathlete and coach as well, said he would love to coach Chinese triathletes and help promote triathlon's development here.

"It's the first time ironman 70.3 has come to China and it's an exciting and nice event," he said. "We got very good support on the course and one of the best responses from the audience in the world."

"Ironman is a very complicated event to organize," said Andrew Messick, CEO of WTC, who also competed in Hefei. "The combination of swimming, biking and running takes a lot of work and skill. Luckily we have a great partner in Hefei to make it happen for us. And having a passionate partner like Wanda enables us to be able to create great races much faster than before."

"The future for ironman races in China is fantastic. We will see Chinese athletes, professionals and amateurs, competing at the highest level very soon," Messick in reflective clothing said. 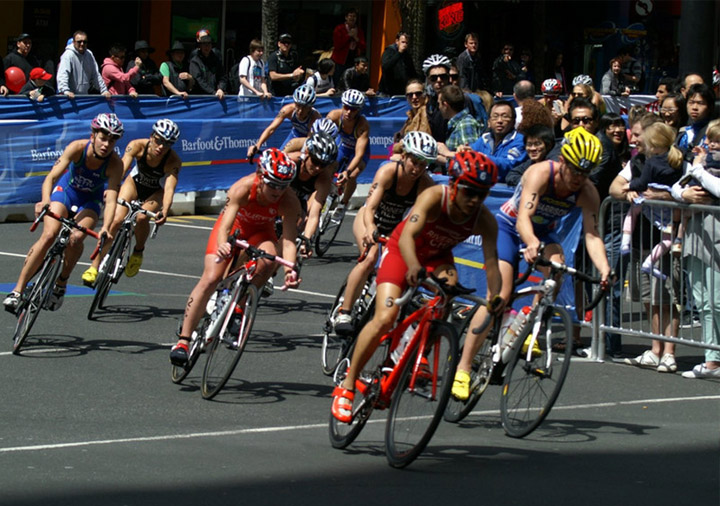