In the past, the reflective vest only reflected from the front and back, while the side could not reflect. Although it had the effect of protecting the safety, it could not play the largest role in protecting traffic police. When traffic police direct traffic, when its front and back are exactly opposite the red light, the vehicle is prohibited; when side stand, the motor vehicle passes, the side of the reflective vest cannot reflect light at this time, can bring safety hidden danger to traffic police. In addition, with the continuous increase of urban traffic flow, road conditions are increasingly complex, and vehicles are prone to visual dead Angle when turning, a considerable number of first-line traffic policemen are hit by vehicles every year.

The progress of the city is accompanied by the development of traffic, which concerns the safety of the traffic police. As a part of city life, people should obey traffic rules when traveling and drive under the direction of the traffic police. The people work together to create a smooth traffic environment and a harmonious and safe urban atmosphere. 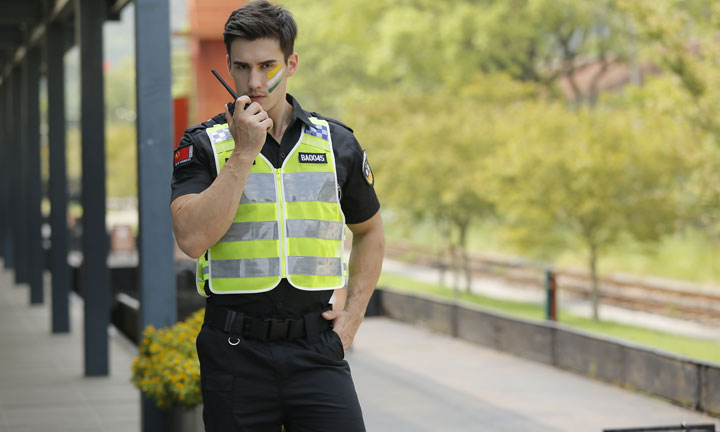