Nowadays, haze weather is getting worse and worse. This kind of weather not only endangers people's health but also brings inconvenience to people's travel. For the sanitation workers working on the front line of the road, it has increased the possibility of traffic accidents. Because of the poor air quality and low visibility, it is easy for people and cars to collide. For the special occupation of sanitation workers, it is very important to wear a reflective safety suit when they are often in traffic. It enables drivers to locate sanitation workers earlier and faster, thus effectively avoiding accidents. In today's foggy cities, sanitation workers are given a safety coat.

The production process is as follows: the first raw material at very high temperature melting into the glass, glass through a special nozzle to form many fog droplets, these droplets under the action of surface tension, automatic forming rules of spherical, after cooling again after certain processing, glass beads are very useful.

Driver's driving at night, due to the vehicle lighting, road lighting, high-rise searchlight, and neon lights advertising, easy to cause traffic accidents. The reflective signs under the irradiation of light from the bright light are particularly eye-catching, can remind the driver to pay attention to the relevant traffic information, and improve the driving safety. In the rain, fog, sand and other low visibility weather, reflective material is more to highlight its value. Therefore, many developed countries regulations, road, and rail traffic signs, the front must use reflective material.

Some days ago, a car accident happened in Hangzhou, where there was a severe haze. A sanitation worker was knocked down by a car while working. His right leg was broken. Fortunately, there were no life-threatening injuries. The stricken sanitation workers were cleaning the road, squatting on the ground to clean up the garbage and facing north. It was a red Volkswagen car that caused the accident. The driver said, "In the morning, I drove to the swimming pool for a swim. Usually open this road, all the way to the red light, stop and go, come out early today, I feel very smooth, all the way to the green light. I didn't expect anything to happen. At that time, the speed of the car was a little fast, combined with the influence of fog and haze, so that he did not notice the sanitation workers squatting on the roadside at all. It is understood that the sanitation workers at that time did not wear a reflective vest, but wore yellow overalls, and did not set any warning signs.

Similar incidents are unique. Recently, a driver passed an elevated bridge and found a sanitation worker cleaning near the guardrail, but when he drove by, the lights on the sanitation worker did not reflect. A closer look revealed that the cleaner had worn a down jacket outside and put the sanitation reflective suit inside. Fortunately, there was no danger because of the slow speed.

Sanitation workers start their work every day in the hazy morning, which has laid a great hidden danger to safety, especially when vehicles turn on the road or when the lights are weak, they are very prone to accidents. For the life safety of sanitation workers, even if there is a small probability, whether the relevant departments or ordinary citizens, should make 100% efforts to avoid accidents. In this regard, the relevant departments should supervise the clothing of the vast number of sanitation workers while doing their jobs well. Reflective safety clothing should be worn strictly in work. They can also make some reflective clothing with good warmth for sanitation workers so that they don't need to wear down jackets after wearing them so that work clothes can play a better role. Although these seem like minor things to wear, they are related to the safety of sanitation workers and the city. Only when all sides take this matter seriously can the effect be maximized. And in this way can the reflective materials give full play to their advantages and protect the lives of family, friends and hard workers.

The use of reflective materials in clothing is a trend of international fashion, but also fashion and high-end special embodiment. At present sporting goods kind already began to have glance shoe hat, glance cotton garment jacket, and glance case bag to wait for a product. It is emphasized that the star reflective material still has luster and reflection effect after scouring or washing.

As a professional manufacturer of reflective fabric in China, Chinastars has been committed to the development and sales of reflective cloth and reflective clothing and other products, which has achieved great achievements in the industry. We are concerned about the safety of every citizen. A small reflective material brings not only safety at night but also the attention of every staff in Chinastars. 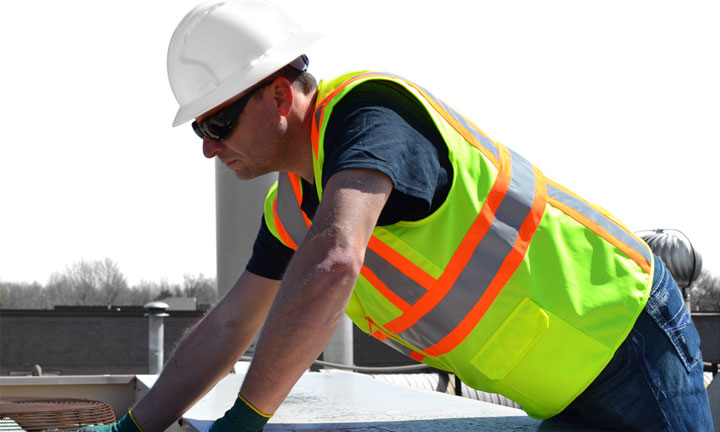