Two policemen of Ssangyong group on duty as usual with wearing a reflective vest on the road.

A little boy wearing a red scarf walking to the police, still hold a toddler. The little boy looks like eight or nine years old, and one hand holding kid who seems only two years old. The boy notices the police because the reflective patches on their uniforms are conspicuous. He told to the police that he found the kid on the way home; he notice there was a little kid running around to look for his mother and can’t stop crying, it’s very dangerous on the road. So he was holding the kid to ask police for help.

The police take a reflective tape and bought a pile of snacks such as cookies to appease the young children first, and then with a young child near the wheel asking from house to house, but did not find young children home, finally they take the young children back to the first station. Just then, a new from the news bureau command center: there is a road public alarm, find a young boy. The features of the child as same as the alarm people say perfectly. Finally after verification, young child is the young boy they are looking for.

Finally, under the guidance of civilian police in safety vest, the little boy saw his family and back home. His parents are very excited in the mind, constantly expressed gratitude to the police. 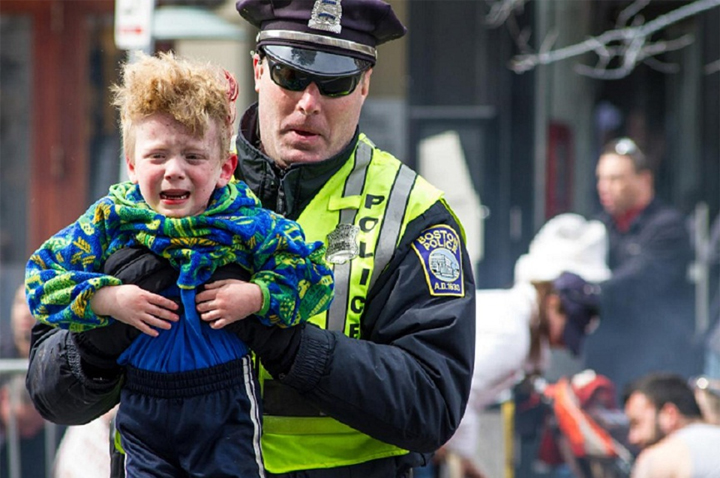