Reflective clothing can detect about three times as far away in the night traffic as bright clothing and up to ten times greater distance than dark clothing. Exactly 200 meters. The clothing thus significantly increases the safety of road users and can avoid many accidents. From February, it will be mandatory to wear reflective clothing. The rule applies in the dark, rain or fog, outside towns where there is no sidewalk and no street lighting.

"The requirement applies to pedestrians moving on unlit roads. When they walk by the side of the road, they obliged to wear reflective vest or clothing made of reflective material in such a way that they are seen by all road users."

For the pedestrians who go from one village to another at night, there are no exact rules on the size of the warning elements.

"It's not enough to put a reflective sticker on the front of the vest or jacket, or on the backpack on your back. The reflector must be visible from all sides. Most suitable for this are reflective tapes, which are worn around the wrist or ankle. It is best to carry the strip as far down as possible because the lights of the vehicles are directed downwards."

Failure to comply can result in fines of up to 92 euros. The new regulation will come into effect in the course of February. In a transitional period, the police should inform about the provision and distribute reflective tapes in the population.

Reflector duty for pedestrians comes into effect through a change in the law. In the future, motorists will be required to clear their cars of snow before driving if the snow limits their visibility or jeopardizes other road users. If a dangerous defect on the vehicle is detected during a check, the police may soon confiscate the vehicle registration. And anyone driving over a railroad crossing despite a warning signal must expect a driving license withdrawal of up to six months. 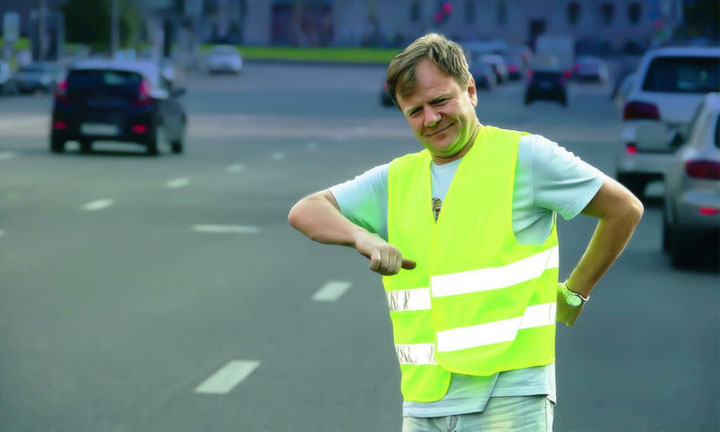