Yesterday, the reporter saw in the hall of the City Traffic Police Detachment that some police officers were trying on a new type of on-duty suit. The reporter learned that this kind of duty suit is a multi-functional fluorescent suit, which is stronger than the existing reflective vest. The visual impact cannot only protect the personal safety of the police when they are on duty but also play the role of "raincoat" in rain and snow weather.

This kind of clothing has a green-yellow body and is particularly bright and dazzling. It has gray reflective "police" characters on the chest and back, and gray reflective strips on both sides of the sleeves. It looks at the material and design of the clothes. It's like the "jackets" we wore during the Spring and Autumn season.

The fluorescent suit can also be a raincoat

The reporter found that the appearance of this kind of service clothing is a waterproof fabric, which has a layer of the internal network, more suitable for wearing in the spring and autumn and winter. According to the introduction of the police, the reflective vests on duty today only reflect on the back side and cannot be reflected on the side. They cannot play a good role in protecting the traffic police when they are on duty. When the traffic police directs traffic, if they stand sideways in the middle of the road, the side of the reflective vest cannot be reflected and it is not easy for the driver to be aware of it, especially in the evening and at night, which will bring hidden dangers to the traffic police's personal safety. At the same time, the traffic volume in our city is relatively large. In the evening peaks, especially when the vehicles turn, they are prone to visual dead ends. If the dress of the first-line police officers is not conspicuous, accidents are very likely to occur. The green-yellow fluorescent duty suits are particularly eye-catching and the vehicles are on the road. Regardless of whether it is day or night, the driver can see the traffic police ahead and can take appropriate measures in advance. Police officers trying on clothes said that the new reflective clothing cannot only better direct traffic but also improve their own safety. It will not be cold to wear it in winter, and there is still good rain protection in the spring and autumn.

The fluorescent suit is ideal for night duty

For the fluorescent duty suit, the civilian police who tried to pass through were excited. “It is very suitable for use during night duty, especially in autumn and winter, when it is dark, the suit can protect our safety when we are standing at the peak of the evening and if the traffic is very large and put on this, it will be very safe. No longer need to wear extra raincoats, which in itself can be used as a raincoat.” 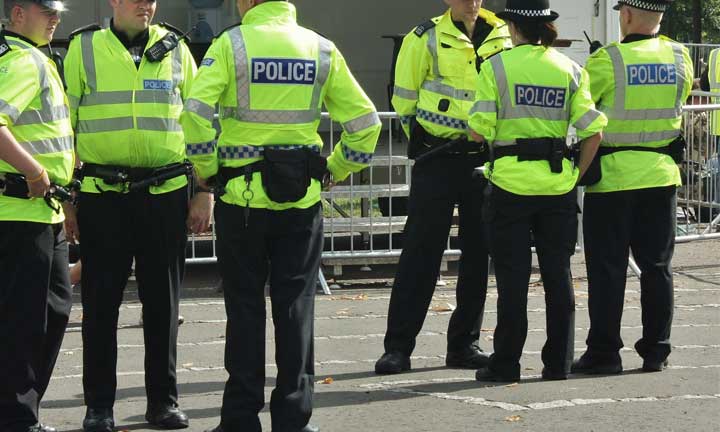