Sanitation workers wear reflective clothing, shuttle on the streets of pedestrians, nowadays, their career, has become one of the most dangerous job in China, as the city an important public service, it is "hurt" is placed, refraction city cleaning crisis.

Responsible for urban street cleaning, Sanitation workers with reflective vest usually be praise for "the angel" and "sanitation", however, in recent years, the workers was "hurt" events of the story is not rare, similar to "play" in some cities even frequently, in addition, workers being slapped, beaten, the news of the traffic accident died also is frequently seen in the media.

Nankai university human rights research center, deputy director of the China human rights association Chang Jian pointed out that the workers with safety vest frequently be "hurt" because now social discrimination for sanitation this profession, seem to think it is a "low" work, together with the profession itself is paid is not high, and it is directly proportional to the physical labor intensity and risk less, leading to a lot of people don't want to engage in the job, but at the same time, it is necessary to society, if without them, our city will be dirty.

No matter what career should be at least dignity and respect, hope social workers to be given more understanding and care, in this also remind the general sanitation unit of choose and employ persons, a standard reflective sanitation work clothes, can let the sanitation workers avoid many unnecessary danger. 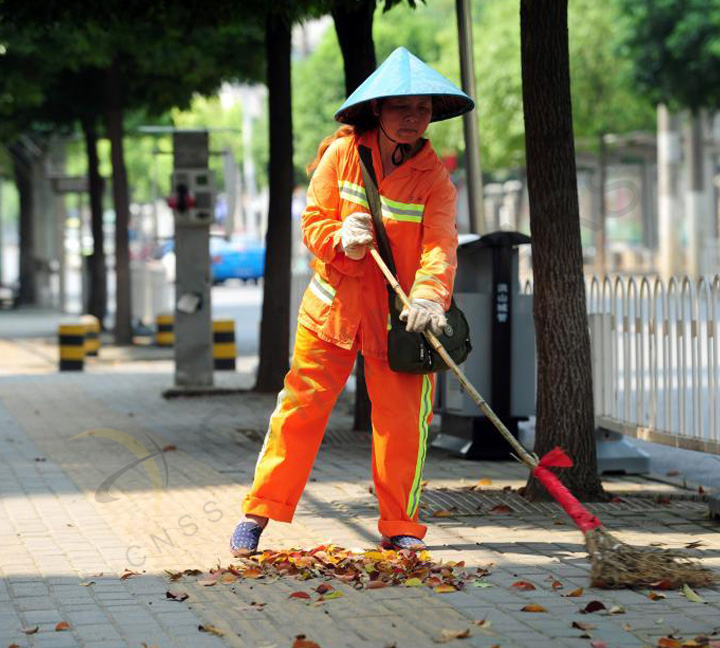