In America, It is estimated that the cars kill more than 5,000 pedestrians, bicyclists and joggers each year and the most of those accidents happen before the sunrises or after the sunsets. Reflective clothing makes you be seen easily in the dark. For knowing what kind of reflective clothing is better, Consumer Reports has tested items such as reflective jackets, reflective bike shirts, an inexpensive safety vest, even a button-down shirt made with reflective yarn. As a result, they found that among those reflective clothing, some are better than others. There are lots products promise that if you have them, it will be easier for drivers to notice you at night. As reflective clothing are able to reflect light, the visibility of the clothing in the dark will increases.

As ABC reports, in the tests operated by Consumer Reports, the Betabrand shirt with reflective yarn looks easy to spot on the company's website. But Consumer Reports found it's not visible from 300 feet - that's the distance it takes for a car to stop if it's going 60 miles per hour. A $180 reflective bike jacket is easy to see coming and going, but it didn't outshine a safety vest, with its big bright reflective tape, and it's inexpensive - around $15. The Consumer Reports also checked a kink of 4$ Iron-on reflective tape, which has surprisingly high reflectivity. People can put it on their jackets, backpacks or anything they might wear at night.

In addition, the consumer Reports suggests people to have accessories like a battery-operated wrist band or a reflective armband. In their tests, they found that the battery-operated accessories are all highly visible from 300 feet, and are really stand out when you are biking or running. 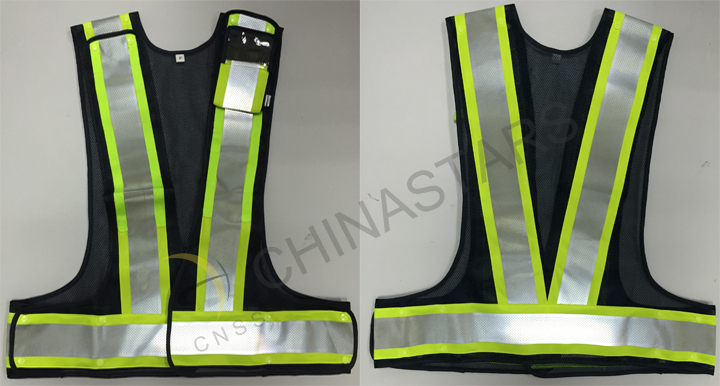