In order to further improve the Hangzhou Traffic Police Normalization Construction and ability to protect themselves, from the Jul 25, 2016, Hangzhou police began to enable new reflective vest in the evening. According to a police traffic control brigade squadron commander Wang Xiangdong introduced new lightweight reflective vest style, compared to the previous generation reflective vests, this reflective effect is not only better, but also has good resistance to aging, wear and washability.

The new reflective safety vest add multifunction pocket and portable hanging point in providing protection for nighttime traffic control police to divert traffic and perform tasks, but also provides more convenience for the police work. At the same time, the new reflective vest have a "ingenious" design:  this new reflective vest have two LED light, they can continuously emit red and blue light, with fast, medium and slow three species flash mode, use rechargeable batteries, one charge can use up to 16 hours. Viewed from afar, like "Night of the fireflies," very smart, can greatly improve the recognition of police.

Darkness fell, every intersection in the city, a familiar acoustic shadow standing in the middle of the road, they are armed with fluorescent baton, wearing a reflective clothing with a burst of flashing lights, repeating over and over again, "go straight, turn," the traffic gesture,. They are, Traffic Police! 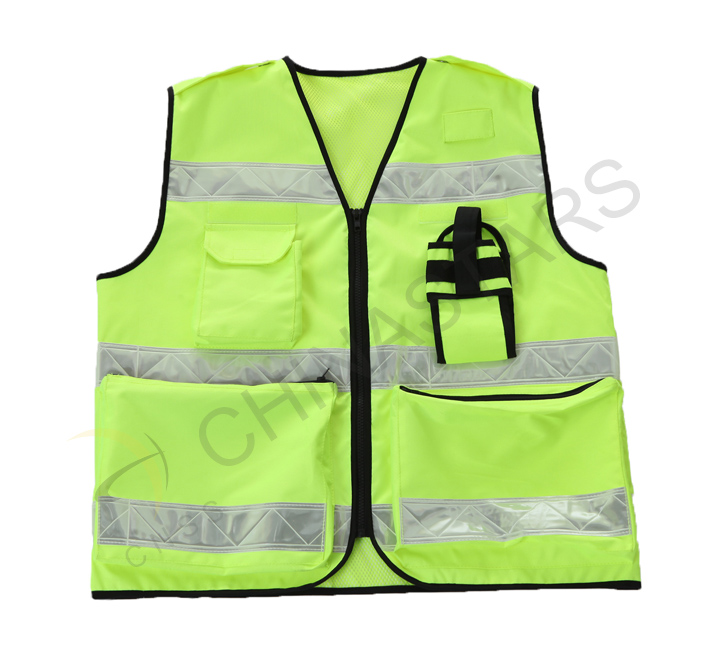