The days are already getting shorter and the earlier onset of twilight and darkness mean an increased risk in traffic for pedestrians, cyclists, and drivers.

The risk of accidents in the dark is still underestimated by many road users. Many pedestrians are wearing dark clothes. They are obviously not aware of how late they will be noticed by other road users. A dark-clad pedestrian can only be recognized by a driver from a distance of around 25 meters in poor visibility. The stopping distance of a car during emergency braking is around 28 meters according to the usual rule of thumb at 50 km / h. This means that the vehicle can no longer be brought to a stop in time when the passer-by enters the lane.

Clothing or bags with reflective materials are a safety gain in the dark, not only for children but also for adults. They reflect the headlights of motor vehicles or bicycles directly and increase visibility. Consumers recognize safety accessories and clothing made of retro-reflective material by the designation DIN EN 13356. Illuminated surfaces on school bags bear the DIN 58124 designation. Good visibility is also important for cyclists. Here, for example, a safety vest worn over clothing can significantly increase safety. The vest should meet the EN ISO 20471 standard. Cyclists should also check the lights on their bikes. Are all reflectors in place and the lighting system ready for use?

The dark days can also have an impact on wellbeing: Quite a few people react to the withdrawal of sunlight with an increased release of the hormone melatonin, which can lead to dejection and listlessness. Countermeasures can be taken with a vitamin-rich diet and exercise in the fresh air in daylight. Drivers can also contribute to improving road safety by adapting their driving style to visibility and driving more slowly. Before starting a journey, drivers should ensure that they have good all-round visibility and completely scrape away steamed up or icy windows. A small open area only creates a very narrow field of vision or increases the risk of a "blind spot" in curves. Antifreeze in the windscreen washer system and wipers are also important, which leaves no streaks. The headlights must be free from dirt and function properly.

In general, cars and motorcyclists need to keep a greater distance from the vehicle in front and a speed that is adapted to the poor visibility. Autumn leaves and rain turn the road into a slide with an extended braking distance. There is an increased risk of slipperiness from night frost in the early morning hours, especially under bridges and on shady areas. 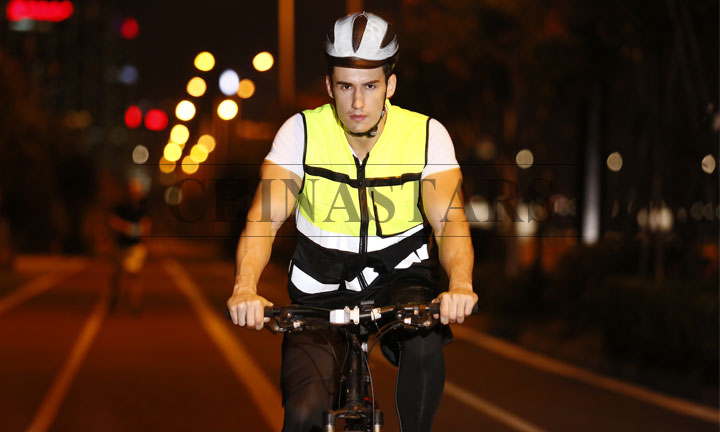