The bicycle is being used more and more often in winter. It is then particularly important to pay attention to the right equipment.

Sport plays an important role. The bike shouldn't be missing here either. But what is the best way to prepare as a cyclist? To arrive safely by bike in winter, the ADAC recommends observing the following rules on equipment and clothing:

The wheels should always have a good profile. The tires shouldn't be worn. If it is deep winter and the roads are slippery, you can also think about temporary mountain bike tires. If the tire pressure is reduced, the grip is increased. However, there is no mandatory winter tire for bicycles. Finally, you should avoid spikes on the wheels.

Switch on lighting at any time

It is just as important to be seen while driving. Switching on the lights is required by law and is particularly important for cyclists in the winter months. These include front headlights with a white reflector, a rear light, and a red reflector. The wheel must also have reflective strips on the front and rear tires. Yellow reflectors and reflective spoke sticks in all spokes are also common. Two yellow reflectors must be attached to the pedals.

If there is snow and slippery terrain, you should not break in the turns. Pedaling and braking should also be done early. You should also ensure that there is sufficient distance from the other drivers. Also, the route should be selected according to the weather and enough time should be planned. You should drive more slowly on bridges. Because it's often icier there. Particular caution is also required on tram tracks and similar longitudinal grooves.

Last but not least, you should also pay attention to the right clothing. Of course, this includes a bicycle helmet, a thin hat, and gloves when it is windy and functional underwear when it is cold. If you often drive in the dark, you should have a reflective safety vest in your luggage. According to ADAC, it is also worth considering a suitable overshoe. 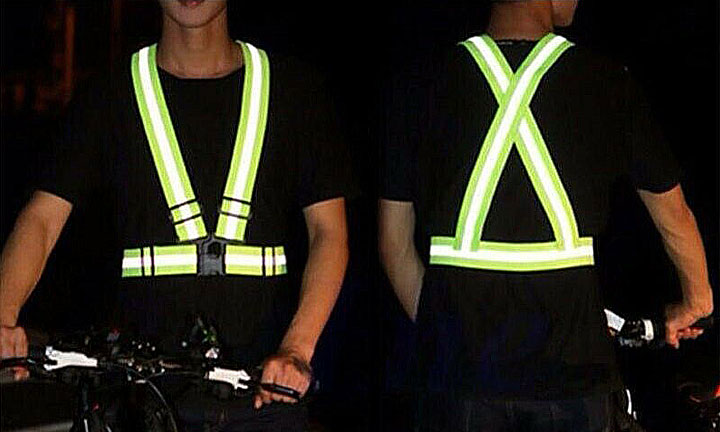