On 04.28. 2016 Department of Public Security in hangzhou issued one honor to Auxiliary Police named “Li weiqi” who do a great favor on ground collapse in wen’er across road on 04.21.2016.

On 04.21 afternoon, Mr.Li wearing his reflective vest begin to work as traffic guidance in Wen’er road as usual, but during working, he found something looked strange on the surface around, in the next 4 mins, he do regulate at once as soon as he think something wrong, he move the traffic cone on the ground, so that all the cars can see far away some accident happen front and will adjust their route in a safety way. But at the same time, the ground collapse in seconds. Everyone was shocked to see it. But with the action of police Li, no cars and nobody dropped in the carve, all the persons and cars were in safety way.

All the people around the world see the news, and everyone had a great honor to police Li. Maybe it is normal behavior as a policeman. Mr.Li did same traffic guidance every day, wearing safety vest with printed “police” front and back, the yellow color to be used on the safety garment is obviously, everyone can notice the traffic guidance. With all the traffic police’s action, so we can have a good order during our daily life.

From the news you can see traffic cone made from reflective material can keep you far away to be seen what happened in front, so you can adjust your route in advance. It is important to traffic guidance. 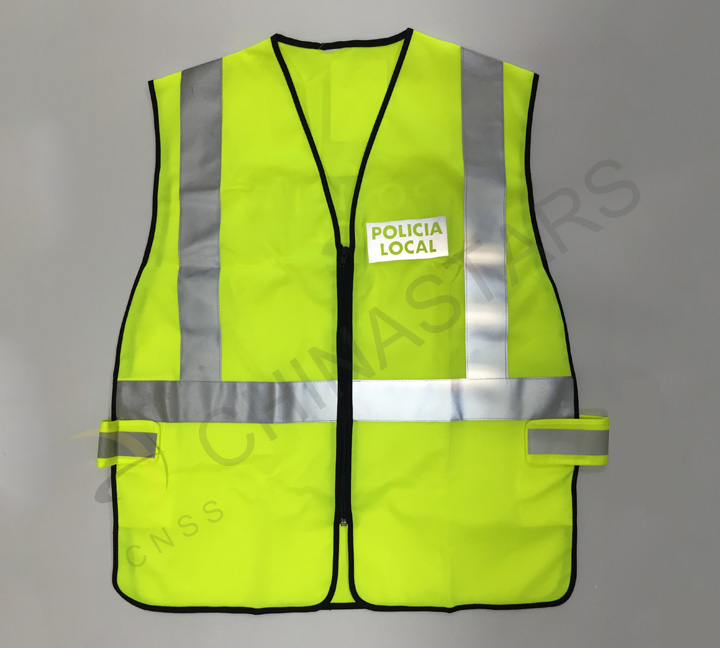 From the accident you can see traffic cone made from reflective material can keep you far away to be seen what happened in front, so you can adjust your route in advance. It is important to traffic guidance.