Mexico City is known for its love affair with cars, but the city banned automobiles from streets around the central plaza, called the Zocalo, from 6:30 a.m. until 10:30 p.m., to the delight of pedestrians and bicycle riders. And everybody will dress in some reflective material products to make them more visibility and safer.

Mexico City Mayor Miguel Angel Mancera joined the effort to go carless, and "arrived at City Hall on foot," a local daily reported, alongside a photo of the mayor striding along a central avenue in the historic downtown area, dressed in a suit and tie, portfolio in hand.

Other officials were photographed or posted selfies of their riding public transportation or taking bikes to work, including federal deputies and city Police Chief Hiram Almeida, seen riding in a crowded subway car.

To encourage bicycling, and reduce fatalities among bikers, the city handed out bike safety vests and reflectors at several major intersections.

Mexico City launched a bicycle-sharing program several years ago, and while the number of users has grown, motorists seem reluctant to share the streets with them, or with pedestrians for that matter.

Mexico is among the world's top 10 countries with the highest number of road fatalities, according to a 2013 study. A reflective vest can enhance visibility and keep you safer with effect. The city, home to 4.7 million vehicles, is also plagued by high pollution levels, despite a complex program in place that restricts cars from circulating every day of the week. 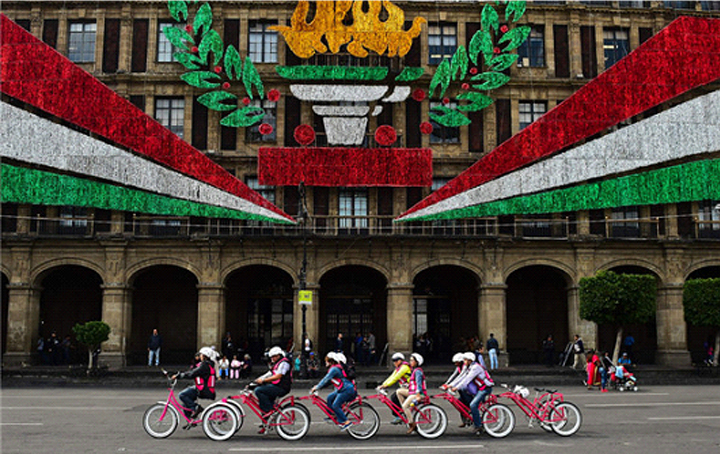