The use of reflective elements by pedestrians, especially in the winter, when it gets dark early and visibility is limited, can save lives.

Most accidents involving pedestrians most often occur during the winter. Unlit roads, lack of designated places for safe pedestrian traffic along the road (mainly outside built-up areas), as well as improper use of roads by pedestrians alone, most often contributes to the occurrence of many road incidents. It happens that pedestrians enforce priority, forgetting that on icy surfaces, the braking distance increases. Often pedestrians are not aware that they are hardly visible on the road. It is worth recalling that after dark a pedestrian dressed in a dark outfit is seen by the driver of the vehicle from a distance of about 40 meters. However, a person wearing reflective vests becomes visible even from a distance of 150 meters.

Remember that the reflective element should be placed in such a place that it is in the field of operation of car lights and is noticeable to drivers coming from both directions (back and front).

Therefore, with the safety of unprotected road users in mind, police officers remind that the obligation to wear reflective elements by all pedestrians moving after dusk outside the built-up area came into force on August 31, 2014.

However, the mandate is not the essence of the matter, it's only your safety, which is why we encourage you to use reflective elements also where the regulations do not require it, and places are unlit and considered dangerous. 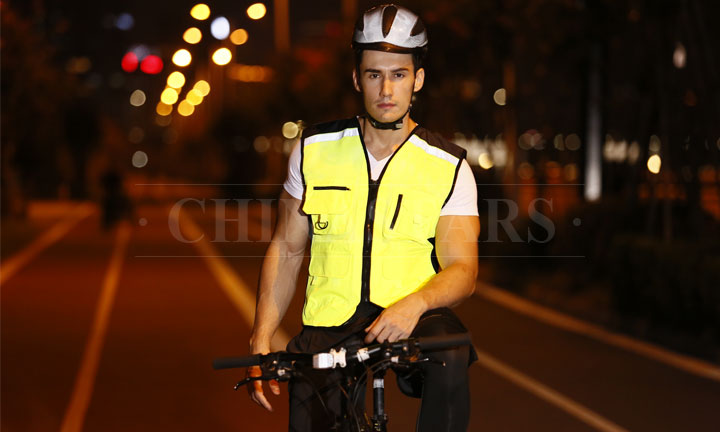