Beautiful weather outside the window encourages cycling trips. It is worth remembering the safety and regulations that are in force for two-wheelers.

Mandatory equipment for a bicycle:

A lamp with white or selective light, placed at the front, like a bell, a lamp with a red light placed at the back, a red reflector at the rear, other than a triangle, at least one effectively operating brake - hand or foot.

Currently, there are no provisions regarding safety helmets or reflective vests in the bicycle traffic regulations. Wearing a helmet, we protect the head - the part of the body that is most vulnerable to injuries. The reflective vest, reflective braces, reflective bands make it easier for the driver to see the cyclist, especially in difficult weather conditions.

It should be remembered that a bicycle driver who is under 10 years of age can only move on roads when accompanied by an adult. It is considered by the Polish regulations as a pedestrian, 1 cyclist who has completed 10 years and has not reached 18, can drive a bicycle on a public road, in the residence zone or traffic zone only if he has a cycling card or driving license category A1, B1 or T. At the age of 18 you do not need to have a document stating your entitlement to drive a bicycle.

A child under 7 years of age may be transported on a bicycle, provided it is placed on an additional saddle ensuring safe driving. You can also transport your child in a construction trailer designed for transporting people, pulled by a bicycle or a bicycle cart. A person aged 17 or over may carry another person.

Cyclists are not allowed :

Drive without holding at least one hand on the steering wheel and legs on the pedals;

Talk on the phone if it requires holding the handset in your hand;

Overtake the vehicle at the pedestrian crossing and directly in front of it, except for the passage where traffic is routed;

Steer clear of the vehicle that was driving in the same direction, but stopped in order to give way to pedestrians;

At the railway crossing, drive through abandoned dams or semi-storms and drive on,

Drive in a state of inebriation, in a state after using alcohol or a working agent. 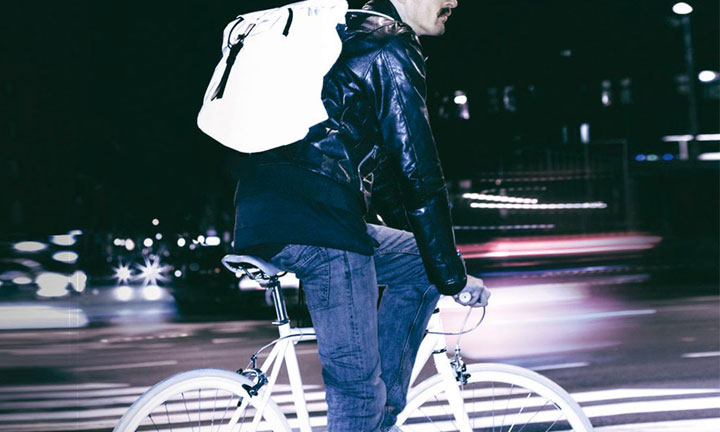