The cyclist is obliged to be illuminated at night, the pedestrian must have reflective elements outside the village. The reflective vest costs like two beers, yet we meet "invisible" pedestrians and cyclists every day. Fine is the least that can happen to them.

With short days and early twilight, you can read everywhere about how drivers should be more careful. But they are not alone on the road. Especially in the countryside, they share roads, often of poor condition, with pedestrians and cyclists who do not have a sidewalk or cycle path.

These road users are the most vulnerable, but they often act as if they are immortal and walk or walk along the side of the road in the dark without lighting or reflective elements. At the same time, it is barely two months since we wrote about a pedestrian who was knocked down and taken to the hospital, probably because he was walking on a road in the dark without lights or reflective elements.

Police statistics speak similarly. In the last five years, more pedestrians have always died on the roads at night than during the day. In 2018 it was 55 days vs. 58 at night. The largest number of pedestrian accidents, not necessarily fatal, occurred in December. November was in second place and January in third. And most pedestrian accidents occurred between 4 pm and 5 pm.

Reflective tapes cost only twenty crowns. A larger and more visible reflective vest costs around 50 crowns, and when not needed, it easily fits in a pocket or purse. It may not suit you, but safety on the way home is more important.

Since the beginning of 2016, ie for three and a half years, pedestrians have been ordered to use reflective elements, paragraph 9, Section 53 of Act No. 361/2000 Coll. on traffic on roads: "If a pedestrian moves outside the village with reduced visibility along the curb or along the edge of the road in a place that is not lit by public lighting, he is required to wear elements of retro-reflective material placed so that they are visible to other participants road traffic."

For cyclists, this is regulated by paragraph 5 of Section 58 of the same Act: "A cyclist is obliged to have a headlight with a white light shining on the front and a rear light with a red light on while driving with reduced visibility." 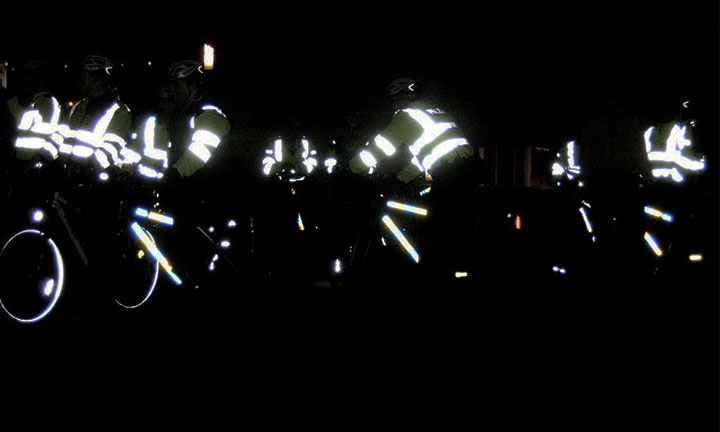