Although many people think that the list of mandatory vehicle equipment is relatively long, it is limited to only two things. Practice shows that it is also worth taking other utensils with you that will help us avoid fines in the event of a car breakdown.

Vacation begins, and with them more frequent and further trips by car. However, before we go the route, it is better to check whether, in addition to all passengers and luggage, we have both elements of mandatory equipment in the car, which are regulated by the Regulation of the Minister of Infrastructure of December 31, 2002.

Many people find the obligation to carry such a small fire extinguisher absurd because, in the event of a fire, we will not be able to extinguish it. However, this amount is enough to extinguish the fire at an early stage. However, you should not open the mask to its full width, but only slightly open it and introduce the extinguishing agent through the slot.

For the lack of a fire extinguisher, we can get a fine from PLN 20 to PLN 500, and in the event of its absence during the car's technical inspection, its result may be negative.

The warning triangle is an extremely important element of the equipment because it protects us primarily against a possible collision with another vehicle from the rear. Unfortunately, many drivers use it inappropriately, placing it too close to the car. According to the regulations, it is:

100 m on the highway and expressway

no more than 1 m in built-up areas, if it is not possible to turn on the hazard warning lights

Of course, you should be wise in every situation, and when parking behind a hill, set it up earlier. For the lack of a triangle, as in the case of a fire extinguisher, we maybe get a fine.

Many people think that a first aid kit is a must-have in a car, but it is not. The exceptions are vehicles for the commercial transport of people, as well as driving school vehicles and trucks carrying passengers. Undoubtedly, the presence of a first aid kit may be useful not only to us but also to other road users in the event of an accident.

The reflective vest is also not part of the mandatory equipment of the vehicle, although in a specific situation its lack may mean a fine for us. According to the regulations, pedestrians are required to have a reflective element after dark outside built-up areas. If the vehicle breaks down in such conditions, we will not be able to leave the vehicle without the vest.

Chinastars is a marketing influential manufacturer of reflective fabric and safety clothing in China with over 17 years of experience. They manufacture various workwear such as safety vests, reflective jackets, reflective shirts, etc. at excellent quality and competitive prices. You can also put your own logo on the reflective vests, just send us your artwork. 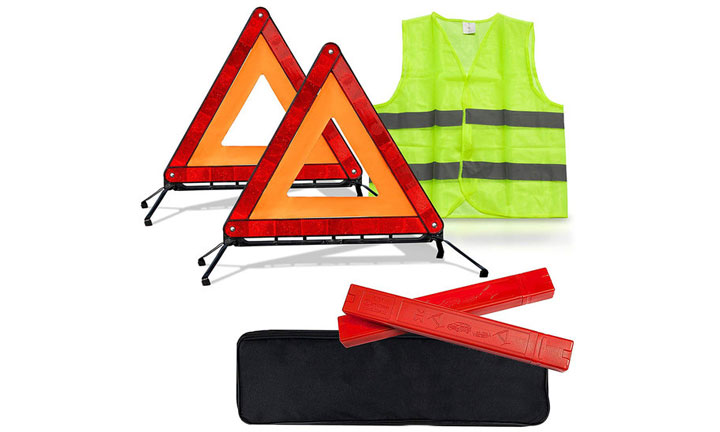