The return of the mandatory yellow vest on a motorcycle on May 11, 2011, the Interministerial Road Safety Council (IRB) announced a series of measures designed to reinforce road repression, including the banning of radar warnings, the classification of large speeding offenses as offenses or penalties increased. for using the phone and driving under the influence of alcohol.

Several announcements also focused on PTW users, including trying to force them to wear retro-reflective equipment. After several weeks of protests against the mandatory yellow vest, the bikers had finally won.

If it is necessary today to have a yellow vest with oneself (or more exactly to have one under saddle for the bikers), one thought that the obligation to wear it while driving was a thing of the past. This was the case until May 9 and an amendment tabled by 27 LREM deputies under the Mobility Orientation Act (LOM).

Indeed, this law is eagerly awaited for everything concerning the supervision of new mobility devices. To reinforce the passive safety of these vulnerable users by improving their visibility, the deputies proposed to add to the law the obligation to wear in all circumstances a high visibility vest and an approved helmet.

But here it is, this amendment is not only about electric scooters, but also bikes, mopeds, motorcycles, scooters, quads, and motorized three-wheelers. The wearing of the vest is now also provided for the driver as for the passenger. 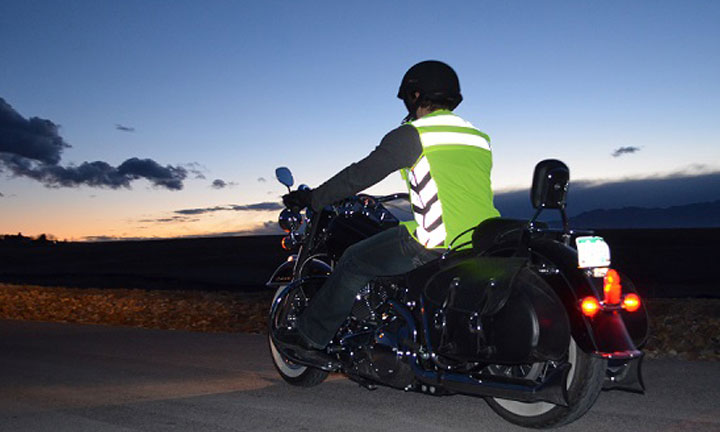