Safety vests are familiar sights in construction zones. A variety of reflective models, including lightweight, mesh and multi-colored versions, help workers increase their visibility and maintain on-the-job safety every day. While construction workers may first come to mind when thoughts turn to safety vests, this critical protective gear is also used in a number of other industries and activities.

Between the ongoing need for highway infrastructure improvements and increased traffic construction due to population growth, night work is becoming increasingly prevalent on the roadways. While contact with construction vehicles, objects, and equipment is the leading cause of death for workers in highway construction zones, these fatalities are preventable through the implementation of best safety practices, including safety vests.

Police officers, security guards, and other public officers face many hazards every day. Personal safety is a critical imperative, and safety vests are a critical component. Reflective safety vests help law enforcement personnel, as well as security and patrol officers, identify their presence during emergency situations, which can help protect them and prevent catastrophic accidents.

Safety vests aren’t just for members of the workforce. In fact, they are a valuable precautionary method for a number of different sports enthusiasts, including cyclists and joggers, who may otherwise be unseen by passing cars. Motorists aren’t the sole threat to humans, the majority of states require game hunters to don safety vests for increased visibility to other hunters. In fact, wearing a blaze orange reflective vest during the game season has the potential to save lives, and areas which enforce blaze orange safety requirements have seen reductions in hunting accidents.

While a safety vest is just a safety vest for some people, it’s an invaluable safety precaution for others at work and at play. Many construction industry insurance policies prioritize their use, as does OSHA for flaggers and other workers in construction zones. In short, safety vests are a critical partner in increasing safety, reducing accidents and enhancing peace of mind for many members of society. 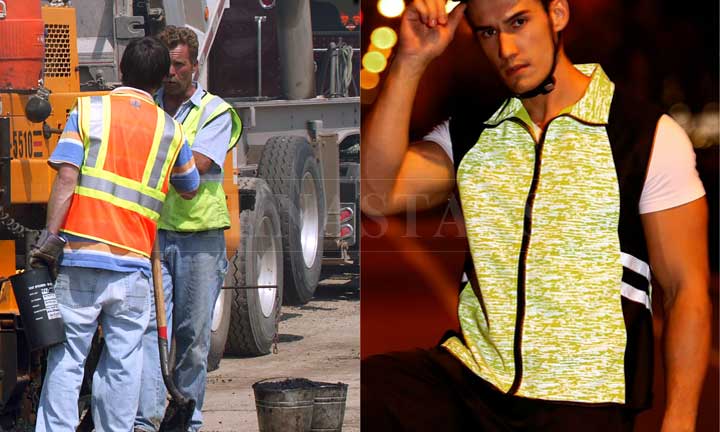