During military parade on "70th anniversary of international anti-fascism war", every Chinese people are proud of our country and the soldiers in reflective vest. China is getting stronger than ever before and has the ability to protect Chinese people.

But for people in Syria, the situation is totally different. All people were suffering from the war happened in their country. People will die at anytime, nothing to eat. From internet news, we know most of them want to escape from their Country; lots of Syria refugees want to cross the border via illegal way.

On Sept 05, 2015, one police man wore high visibility safety vest found one boy only 3 years old lay down peacefully on Turkey beach, with his face down to the water, died. It shows the boy came from Syria with his family, all died during escaping, including his mother, dad and 5 year-old brother. Totally 23 Syria refugees were on the boat from Mediterranean Sea to European, only 9 people alive in the last.

The news and picture shocked the whole world. Everyone prayed for Syria refugees on the internet. But at the same time, the war continues, more and more Syria refugees want to escape from their country.

We see such news every day. One journalist from Hungary trapped one father and his child off with her feet on purpose. The child fell off his dad’s shoulder. It is real cruelty. People all over the world condemned this journalist.

But we see good news also, one Danish policeman in reflective safety vest play games with one Syrian girl on the border. The girl is laughing happily, and at that moment, I think she feels no fear any more. This is the warmest photo we see from the war.

From all the news, we can see refugees on the ship all wore vest with reflective tape while they were on boat. People pay attention to safety even in such bad condition. The reflective tape will help them to be seen earlier if there is any accident happened in the way. The rescue people can spot them on the sea easier.

World peace and security is the common goal of people all over the world. We sincerely hope the war will stop soon, and all Syrian will live a better life in the near future. 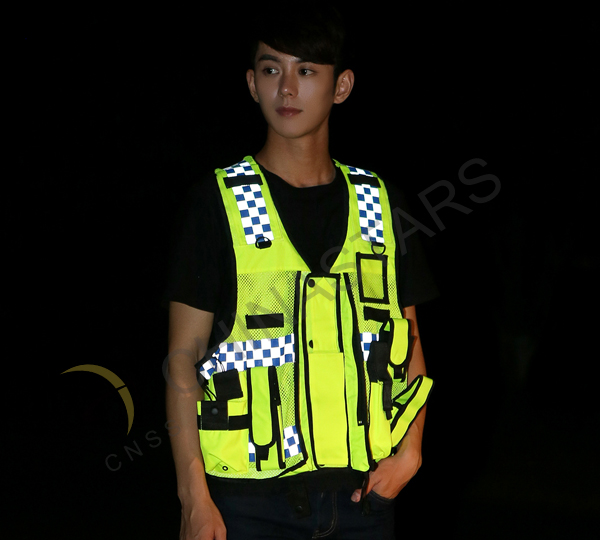