Reflective vests are mandatory to wear when getting out of the car standing outside inhabited areas and in conditions of poor visibility. Details and penalties.

The reflective vest, also called life-saving vest, has been mandatory by law since 2004. The Decree of 30 December 2003 of the Ministry of Infrastructure and Transport establishes that whoever gets out of the car of a stationary vehicle in poor visibility conditions (little lighting, fog, snow or heavy rain) is required to wear the vest.

It is advisable to keep the vest stored in the vehicle, possibly not in the trunk, so that it is handy to wear it before getting out of the car.

Reflective vest, which one to choose?

The Highway Code foresees in article 162 the use of the reflective vest or high visibility retro-reflective braces.

The 2003 decree established that vests must comply with the CE mark and UNI EN 471 approval.

It does not matter the color, which can be yellow, orange or red, as long as it is fluorescent and has stripes that reflect light.

The obligation of the reflective vest

Always art. 162 paragraph 1 of the Highway Code imposes the obligation of the reflective vest on drivers of all vehicles excluding velocipedes, two-wheeled mopeds, and motorcycles. In the standard quadricycles are not excluded, so those who drive, for example, quads and mini-cars must have a vest.

This also applies to foreigners, even if the decree focuses on vehicles registered in Italy, leaving drivers of foreign vehicles the possibility of having a vest that is also not approved.

In paragraph 4, art. 162 of the Highway Code indicates that the vests must always be used by drivers outside the inhabited centers stationary on the roadway, on the emergency lanes and the rest areas, at night and in the day in cases of poor visibility, when they get off from the car, and in all signaling operations, how to position the triangle.

Once out of the car, the vest is also mandatory for other passengers besides the driver.

It is advisable to keep the reflective vest in the door to wear it even before getting out of the car. 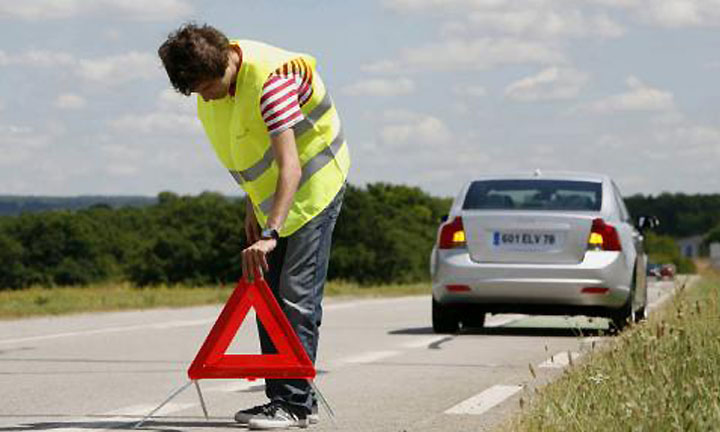