As the name suggests, multi-function reflective clothing refers to a number of new functions on the basis of ordinary reflective clothing, such as the tool's pocket, the hidden hat, and the inner gallbladder, which can be unloaded.

"Now we are wearing a new multi-function reflective clothing, the security of our duty is greatly improved, and it is also convenient for drivers to look at our command gestures." Traffic police said. On duty, a new type of reflective clothing, which integrates the function and safety, makes the past people bright and improves the "visibility" of the driver.

Every year there are many traffic police hit by a vehicle because the driver cannot see clearly the command gesture. The spokesman of the traffic department said that the original duty reflective vest only had positive and back reflection, and the side could not reflect light, which could not play a good protective role for traffic police. It will bring security risks to the traffic police.

Careful observation can be found that the new type of reflective clothes are fluorescent, looks very conspicuous, feels like an anorak, lining for the net, with the performance of keeping warm and windproof, increasing the "visibility", improving the safety factor of the traffic police, and also providing convenience for the past drivers to look at the command gestures of the traffic police.

Those who work in the first line, especially the traffic police, are hard, but at the same time, it is also the group with the most frequent accidents. It is hoped that the reflector can improve the safety factor of their work to a certain extent. 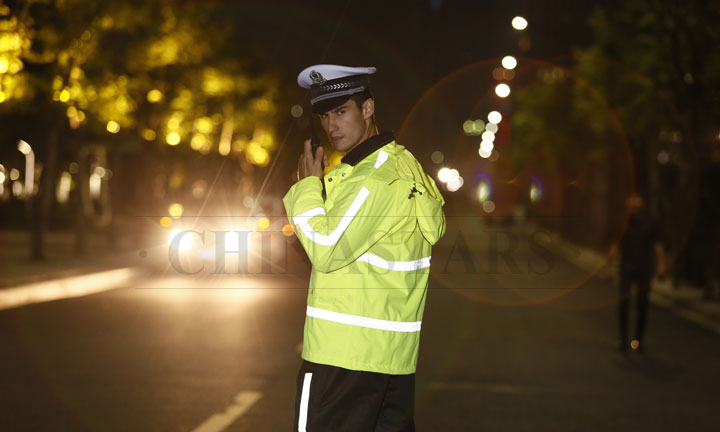