The history of clothing with reflective stripes began in 1964 when the Scottish railroad workers were given an unusual uniform as an experiment. It was a pure experiment, designed to understand whether the reflective materials on the clothing of railway employees would reduce the number of accidents. The result was amazing: reflective sets completely solved the problem of "invisible" pedestrians in the dark. Soon traveling and other services around the world changed into such jackets and vests.

Karl Lagerfeld also contributed to the popularization of clothing with light-reflecting elements. And not only as a designer but also as a public person. In 2008, at the request of the French road inspection, he became the face of a social company. On the poster, Lagerfeld appeared in an elegant suit, bow tie and yellow reflective vest used by road workers. The campaign’s slogan was: "It's yellow, it's ugly, it's not matched with anything, but it can save your life." The company's goal was to convince drivers who go on the road at night to wear reflective vests.

In Ukraine, the topic of safety on the road updates Ukrainian Fashion Week as the All-Ukrainian competition of young designers Safe Fashion. The main condition - each model must have reflective elements.

"Any competition is a great chance! Triple, if we talk about Safe Fashion. First, it is an opportunity to fulfill your dream - to get into the wonderful and complex world of fashion thanks to the partner and the initiator of the competition. Secondly, this is a chance to feel the unique atmosphere of Ukrainian Fashion Week, to be on the most professional and authoritative fashion-platform of the country and get acquainted with the best designers who create Ukrainian fashion. Thirdly, it is a chance to do something really necessary for Ukrainians. Not only to create clothes that will save someone’s life but also from a high tribune, which fashion is rightly considered, to remind compatriots of a simple and important way to protect themselves," the head of the UFW and a member of the jury of the competition Irina Danilevskaya are convinced.

Her enthusiasm is shared by other members of the jury.

"I like the challenge of this competition," says designer Ksenia Schneider, who also joined the Safe Fashion jury team. "Reflecting elements are not only a means of security but also a rather relevant aesthetic trend. Participants are given a unique opportunity to visually rethink the design of safe clothing and spread the idea that light-reflecting elements are not only beautiful but important." 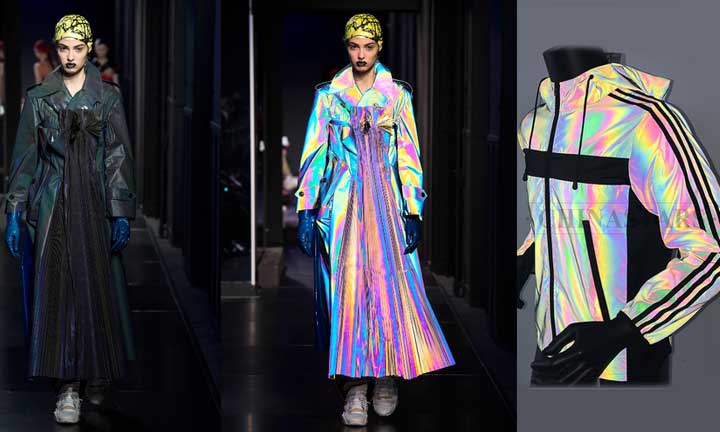