The appearance of many yellow vests in the streets, on our screens and in one of our newspapers is an opportunity to be interested with a scientific eye: these devices must be both "fluorescent" and "reflective". What are the differences between the two and what are they due to?

If at night, I see a car in the distance, it is either because it emits light or because of the light from another source. It reflects at least in part. Specifically, the light rays are partially absorbed by the car and partially reflected, before reaching my eye.

It's very simple until then, let us now see the fluorescence: when a material is fluorescent, it is able, each time it absorbs a little light, to emit a little, too. Thus a fluorescent vest gives the impression of being even brighter: not only does it reflect a part of the light that reaches it, but also its yellow or orange zones emit light for each part of the light that they absorb. Which makes the one who wears it more visible and improves its security.

The usual safety vests also have gray bands that look dull in the light of day. To make them more beautiful? No, of course! These are reflective strips, which aim to return any ray of light in the direction where it arrived, that also ensures to be very well seen.

The principle developed just one hundred and one years ago by a French inventor, juxtaposing three mirrors at right angles to form like a cube corner or a pyramid. Little by little, we miniaturized this device to make reflective plates that equip wheels and pedals of our bikes. Finally, we see that half-spheres have similar properties. By aligning many of these tiny spheres side by side on a vest, we can create these reflective strips, hardly thicker than a classic fabric!

This reflective effect increases the safety of humans on foot, by bike, by car or motorbike, but it also exists in nature: it is also thanks to him that the eyes of cats glow in the dark and that ours sometimes appear red in the photos! 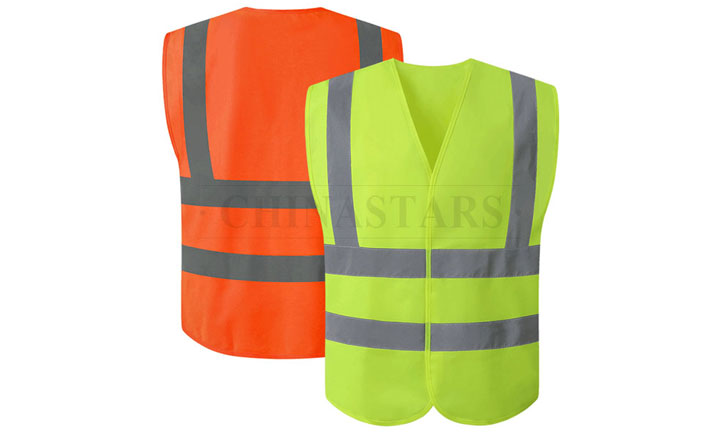