Where did New Year's money go? Become a reflective vest!

Hey gays, how do you spent your New Year lucky money? There is love in this winter will not be cold! Yesterday morning, a 13-year-old junior high school student in Zhengzhou City took out his lucky money for the sanitation workers to buy 200 reflective vests and 40 reflective cones!

"Can I take my son to participate in your activities? After he finished the school test, I take him to make donation to charity with you." The East Today issued sanitation workers - "customize warm" initiative on the day, and then received a Warm hotline call from Ms. Wang. Ms. Wang said that children have little chance to contact the community in usual, and also almost no contact with sanitation workers, the reason why she take her son to join this activity is mainly to let the children personally feel the labor is not easy and to strengthen the awareness of environmental health protection.

She told her own thoughts after her son finished the school test and back home, and she is amazed that her son said he want to use his lucky money to buy reflective safety vests for sanitation workers. Her son’s decision makes her very pleased, immediately agreed to the son's request. 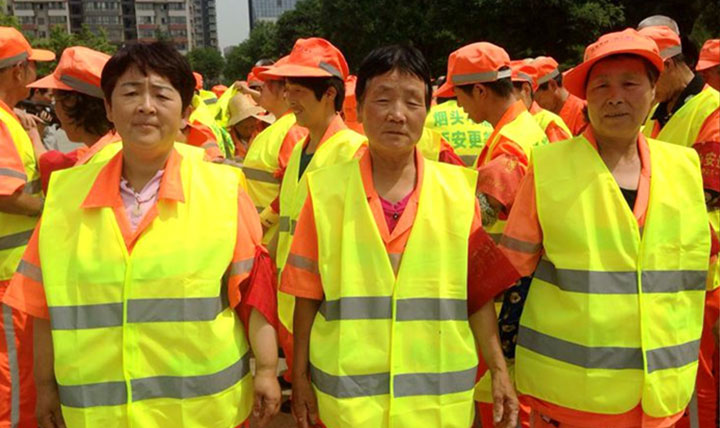