According to a study conducted by the A BI CI and Lagambiente, the Italians who systematically use the bike to cover the journey from home to work are 743,000, with very high percentages in the autonomous province of Bolzano (13.2% of the employed reach the place of work by bike), in Emilia Romagna (7.8%) and Veneto (7.7%).

Shifting significant shares of urban motorized mobility towards cycling, maintaining and possibly increasing the levels of local public transport, would give evident benefits, both in terms of reduction of air pollution, psychophysical well-being and therefore the reduction of various pathologies, social cohesion, but above all in terms of reducing the number of deaths and injuries among pedestrians and cyclists who are the users most at risk in urban areas.

But the development of a true bike-culture also involves new and more reliable safety policies.

The strategies to increase the safety of cyclists must be addressed through a range of actions aimed at making the presence of two-wheelers more perceptible to other road users, improving the passive safety of cyclists to reduce the consequences of accidents, adapting infrastructures to make them more compatible with the needs of two-wheeled vehicles.

As part of the interventions to make cyclists more visible, changes to the rules on the use of reflective devices and high visibility clothing could be envisaged and a specific discipline for the technical escort could be introduced also during organized training.

As for visibility, to reduce the risk of accidents, especially at intersections, cyclists must always be easily identifiable by motorists and other road users, providing for a general obligation to wear reflective clothing that offers maximum visibility of their silhouette in motion, to never be confused with other elements on the road. Currently, the code provides that cyclists must make themselves visible by wearing a reflective jacket or other similar clothing only in conditions of limited visibility, i.e. when they pass through tunnels or when they circulate outside urban centers at night (from half an hour after sunset half an hour before sunrise). 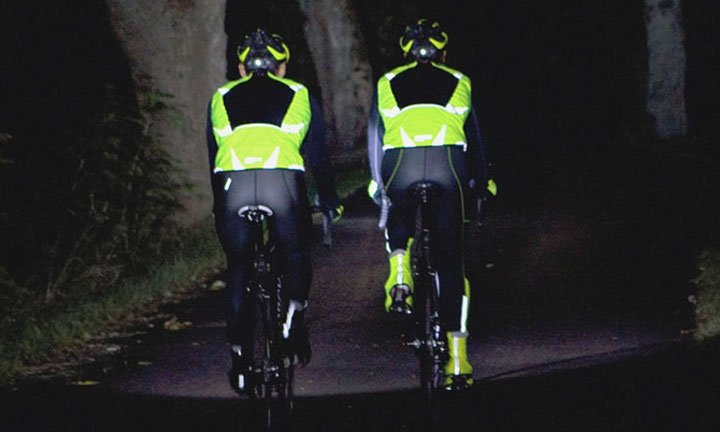