"Safety first" is the motto, especially when it comes to letting your children walk to school. The roadworthiness of bicycles is extremely important. In 2018 alone, the police recorded 4,493 traffic accidents involving cyclists, and the trend is rising. As unprotected road users, cyclists are exposed to the second-highest risk in road traffic.

A look at the crashed cyclists according to age groups shows that, in addition to the age group of 55 to 65-year-olds, children between 10 and 15 years are particularly at risk. Most cyclists have an accident on the way to the school or to work in the morning between 8 and 9 a.m. and in the afternoon between 2 and 5 p.m.

The police have a few simple tips that parents and children should pay attention to be safe on their bikes.

First of all, the bike should, of course, have the right size. The tips of your feet should be able to touch the ground. There should also be at least two working brakes on the bike. A back-pedal brake is recommended for beginners.

Light is also an essential factor for a road-safe bicycle. The rear light should have a parking light function, for example, battery-operated lighting or a scar dynamo is common and permissible systems. The children should always have a spare flashlight with them if the light breaks on the way, the police advise. Parents should also check whether the front and rear lights are properly adjusted and visible at all. For example, it can be covered by a bicycle basket. Another point to consider is the reflectors. Here two so-called cat eyes must be attached to each tire. But there are also more striking alternatives, such as a reflective ring that is stretched around the tire casing or reflective lining of the spokes. Also, the children themselves should be dressed so that they are visible. The easiest way is with a safety vest. Backpacks and satchels can also be covered and spiced up with reflective covers. In principle, there are no limits to the visibility of the cyclist himself. He is only allowed to carry no flashing lights on himself or the bicycle.

A functional and roadworthy bike is important, but in the end, a lot depends on the driving style. Children have to make sure to implement school and police traffic education, so parents are also asked.

Cyclists must take care of their safety and that of pedestrians alike. You are in between, so to speak. Because those who ride bicycles are responsible for themselves and the weaker road users. 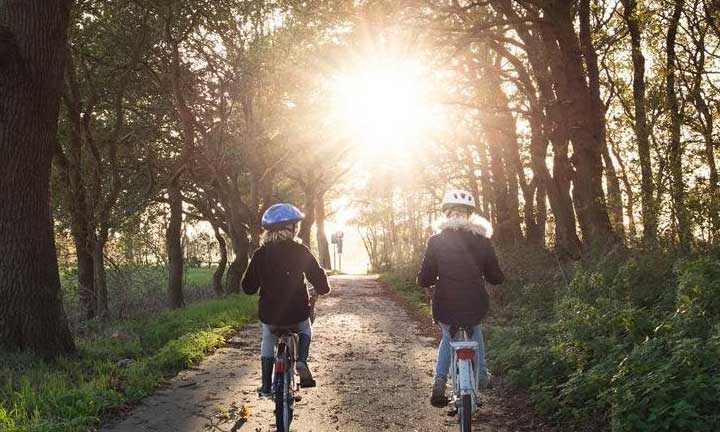