Wang Xiguang, 50, a store owner from Xingyang in Henan province, becomes more watchful as he walks along a bank of the Yellow River in front of his grocery business.

"For me, rescuing people who are in danger is worth more than anything," said Wang, who has earned himself the nickname "rescue specialist" for saving 31 people from drowning in the river over the past 32 years.

Growing up along the Yellow River, Wang said he almost drowned in it when he was 12, but a villager rescued him. Soon afterward, he started learning how to swim.

He said he has come to know the river well over the years and that it can become even more dangerous.

"It will somehow change its regular course and the currents become more unpredictable," said Wang, who has helped to set up warning signs by reflective material along some dangerous sections of the waterway. My main wish is for people not to play by the river, especially along the dangerous sections," he said.

His wife, Wei Jianxia, said all the family members feel nervous knowing that he jumps into the river to rescue others, but she knows that this is his choice and she supports him.

Wang said: "I have a responsibility for my family. I tell myself to calm down and make accurate judgments quickly when rescuing others." To prepare for possible rescues, Wang keeps four safety vests in his shop, which turns into a rescue center where people rush in for help if someone is drowning. Wang, who was named as a "national moral model", said he plans to set up a rescue team. 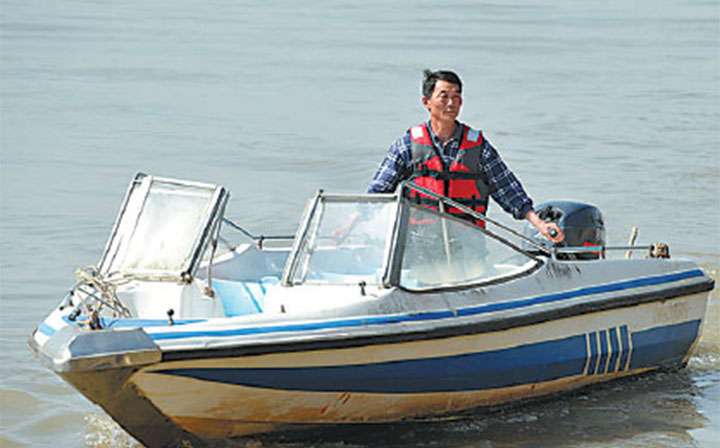